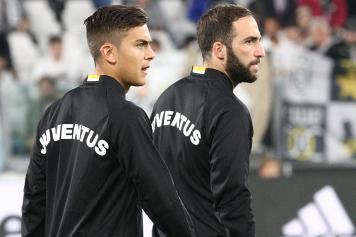 Yesterday was a difficult day for Italian football because of the passing of Italian national team defender Davide Astori. All the Serie A games that were scheduled to be played were cancelled as the entire nation was shook up by this news. Juventus had to put this behind them yesterday as they trained ahead of their UCL clash against Tottenham this coming week. Everyone was sad because of the news that just had been revealed.

Gonzalo Higuain was seen again yesterday as he partially trained with his teammates. This is a very good news for him and for Juve as he is on track to play for the bianconeri in their game against Tottenham. On a less positive note, Mario Mandzukic did not train with his teammates yesterday as he is still in doubt for this big UEFA Champions league game. He, alongside Higuain and De Sciglio, will be re-evaluated later on today by the Juve medical staff.

The bianconeri are set to take on the Spurs at Wembley stadium on Wednesday.