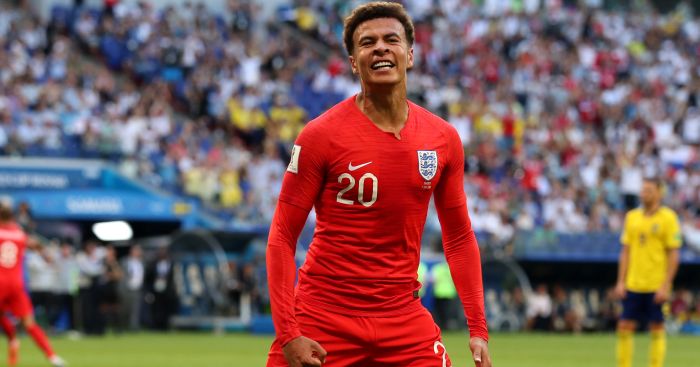 Dele Alli is expected to be fit for Tottenham’s showdown with Premier League leaders Liverpool on Saturday lunchtime.

That’s according to England boss Gareth Southgate, who on Monday confirmed the midfielder had been released from the squad ahead of Tuesday’s friendly with Switzerland citing a “minor muscle problem”.

“Alli has just had a minor strain and should be fine for his club at the weekend I would think, but Tuesday’s game will come too quickly,” Southgate explained.

The attacking midfielder is now back at Tottenham for treatment and assessment ahead of their vital Wembley clash with Jurgen Klopp’s troops on Saturday lunchtime.

Liverpool have conceded just once in the Premier League all season and Alli’s fitness will be seen as pivotal for Mauricio Pochettino’s side ahead of the match.

Alli, however, did come in for some criticism for his performance against Spain on Saturday evening, with many feeling England cannot play both Alli and Jesse Lingard in the same side.

Asked about Alli’s contribution on the pitch, Southgate added: “I thought his performance was good, in terms of his retention of the ball I thought he was improved in that area, his work without the ball has been good over the last six months with us.

“He makes critical forward runs, like everybody else we learned a lot from the game.”