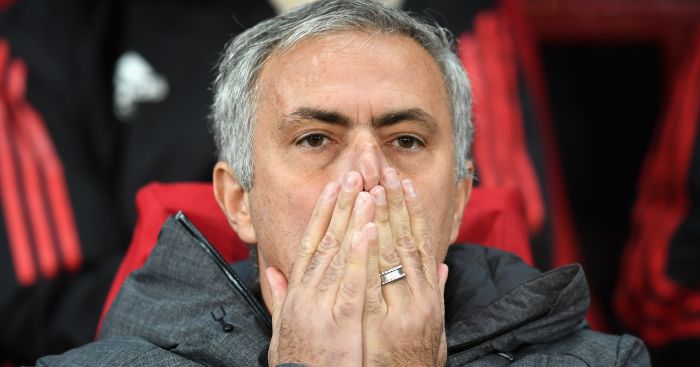 Manchester United’s board are ready to back Jose Mourinho in the transfer market this summer – but the manager has been warned progress must be made next season.

A report in the Daily Telegraph claims some leading figures at the club are unhappy with the Portuguese coach’s methods – and suggest next season will prove his most important one yet at Old Trafford.

As such, this summer is likely to prove Mourinho’s most important in the transfer window yet. The club will fully get behind his plans to radically overhaul what they feel is an under-performing squad, with today’s Paper Talk saying Paul Pogba is likely to be the highest-profile casualty of his regime.

Other leading names are also expected to be sold – a decision fully supported by Gary Neville, who on Monday Night Football suggested at least four big names would be moved on.

However, the report claims that despite the misgivings of several players and talk of a mounting player mutiny, United’s board are ready to back Mourinho for this summer at least.

The hierarchy remain convinced the club has made progress this season, and even if they fail to win a trophy – they can only now win the FA Cup – he has their support, for now.

But the Telegraph claims that endorsement will come with a warning: further progress must be made under his management next season, with the club expecting both a sustained Premier League title push and further progress in the Champions League.

The report concludes by saying Mourinho is fully aware of the situation and a repeat of the 2017/18 season next time around will see his own position come hugely under threat.

Assessing their struggles this season, Neville told Sky Sports: “The start of the season was Jose Mourinho trying to rid themselves of these kind of performances against lesser teams.

“Jose Mourinho refereed to lack of urgency, lack of consistency before the game. He’s got to rid this team of that.

“And that sometimes mean changing the way players believe or identifying the players who are causing that problem. They need to go and he needs to replace them.”

Neville reckons the United boss was right to crack the whip and he feels a massive shake-up of their playing squad could result this summer.

“The defence needs reshaping. He’s got to make that gap up and that’s a big gap. Jose Mourinho has built a reputation on attitude.

“His teams have always been resilient, tough to beat. You should never be questioning a Jose Mourinho’s team’s attitude.

“Consistency is about mentality. It’s about coming back each week and producing the same standards you produced the previous week. These players have fallen well below that.”