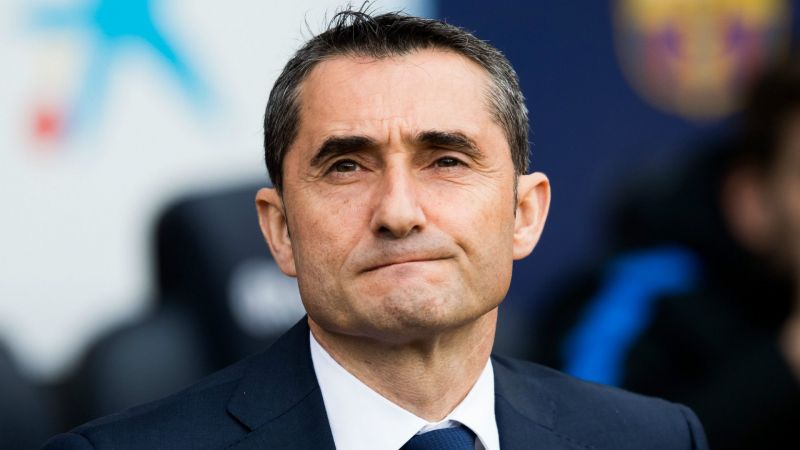 Winning the Copa del Rey can help Barcelona move on from their Champions League disappointment, according to Ernesto Valverde.

LaLiga’s leaders have the chance to complete the first leg of a potential domestic double when they take on Sevilla in Saturday’s final in Madrid.

However, their hopes of glory in Europe were dashed last week by Roma, as the Italian club incredibly overturned a 4-1 first-leg deficit to progress to the semi-finals on away goals.

Valverde – who lost the 2015 Copa final against Barcelona when in charge of Athletic Bilbao – understands the pressure is on to lift the trophy at the Wanda Metropolitano.

“To win the Copa del Rey would be a good way to put the Champions League slip up behind us,” he told a news conference.

“To win with Barcelona is an obligation, in the Champions League, LaLiga, the Copa del Rey. This is always the way with big teams.

“The pressure is the same with other finals, you have not won the title as you still have to play the final and there are two teams involved.

“We are maybe the favourites but you still have to play. In the Champions League we were favourites, yet we didn’t go through.

“I never thought when I was with Athletic that to beat Barcelona was a miracle but more of an opportunity, and that is the situation tomorrow.”

Barcelona are unbeaten in the league this season but survived a scare in their clash with Sevilla at the end of March, coming back from 2-0 down to grab a point at the Ramon Sanchez Pizjuan.

Valverde admits his side were fortunate to escape with a draw after substitute Lionel Messi inspired a dramatic comeback in the closing minutes.

“The 2-2 is a result for us to look at and a warning about what can happen in tomorrow’s game,” he added.

“They have good players that can win the match in any moment. We suffered a lot in that match and it was Sevilla that were closer to winning.”