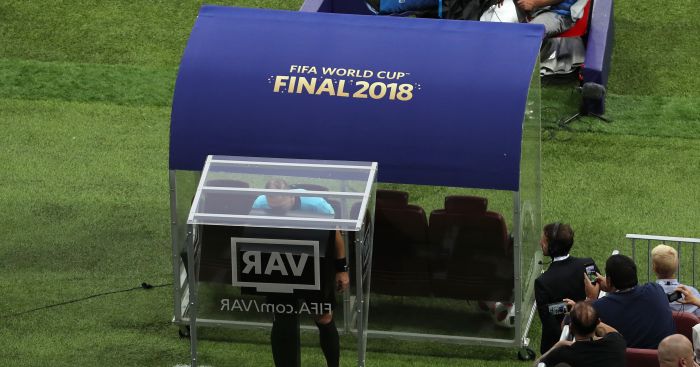 UEFA says it is still weighing up the use of video assistant referees in its competitions, saying there are still “several uncertainties” over the technology.

The Times on Wednesday said European football’s governing body is aiming to introduce VAR from the quarter-finals of this season’s Champions League and Europa League competitions in a decision which could be confirmed next month.

UEFA issued a statement to Press Association Sport on Wednesday afternoon, saying it would continue to monitor VAR trials across Europe before making a final decision.

The statement said: “UEFA is constantly looking at ways in which it can improve its competitions and we are looking closely at the implementation of video assistant referees that are currently being trialled in various competitions.

“We still see several uncertainties regarding the implementation of VAR and we think it is extremely important that the scope of application, interpretation and technological support are clear to all – including spectators – and fully proven.

“We will continue to monitor results to see how the system could work while preserving the flow of the game before deciding to introduce it in our competitions.

“The implementation of VAR on a European scale presents a number of difficulties in the operational, logistical and refereeing areas.

“Any decision in this respect would require careful assessment of the available solutions and resources needed.”

It is unclear what a possible introduction of VAR would mean for UEFA’s additional assistant referees, who occupy the byline.

Pierluigi Collina, the chairman of FIFA’s referees committee and the referee for the 2002 World Cup final, recently admitted his initial reluctance to embrace technology.

But the Italian accepts that if multiple camera angles are available, they can be used to support referees in making decisions.

Collina, who helped in the introduction of additional assistant referees in UEFA competitions, told espn.com last week: “Two extra sets of eyes can’t match dozens of cameras with the possibility of freeze-framing, watching over again… there’s a substantial difference.

“Believe me, VAR is like a parachute, and it’s better to have it when (you) need it.”

Collina hinted UEFA was ready to adopt VAR in its club competitions.

He added: “I think we’re getting to the stage where the conditions are right for VAR in the Champions League and Europa League, too.

“Obviously, the decision will be made by UEFA, but if they choose to do it, they’ll be ready.”