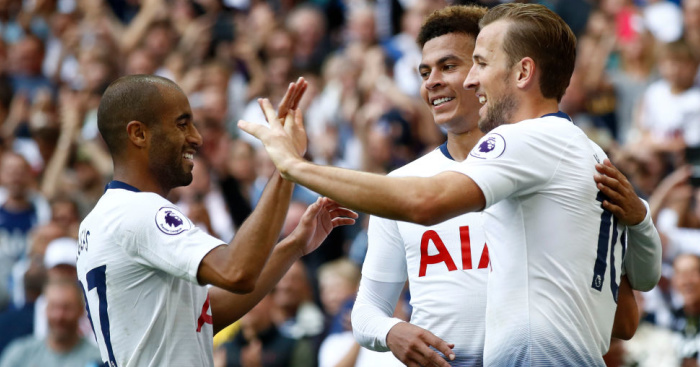 Harry Kane and Erik Lamela – along with boss Mauricio Pochettino – have already signed new deals over the summer and now Spurs are keen to secure Alli’s long-term future.

The England playmaker, who was linked with a move to Real Madrid over the summer, still has four years left on his current deal but the north London outfit are looking to increase his pay significantly in order to ward off interest from potential suitors.

Tottenham failed to secure a single summer signing and have instead been looking to tie down their top stars, while also investing in their youth sytstem and trying to bring players through.

After an indifferent 2017-18 and a poor World Cup, Alli has looked to be back somewhere near his best this season and was handed the captaincy on his match-winning return to MK Dons.

And the report in The Sun claims that Daniel Levy and Mauricio Pochettino are close to getting Alli to commit to a new deal.