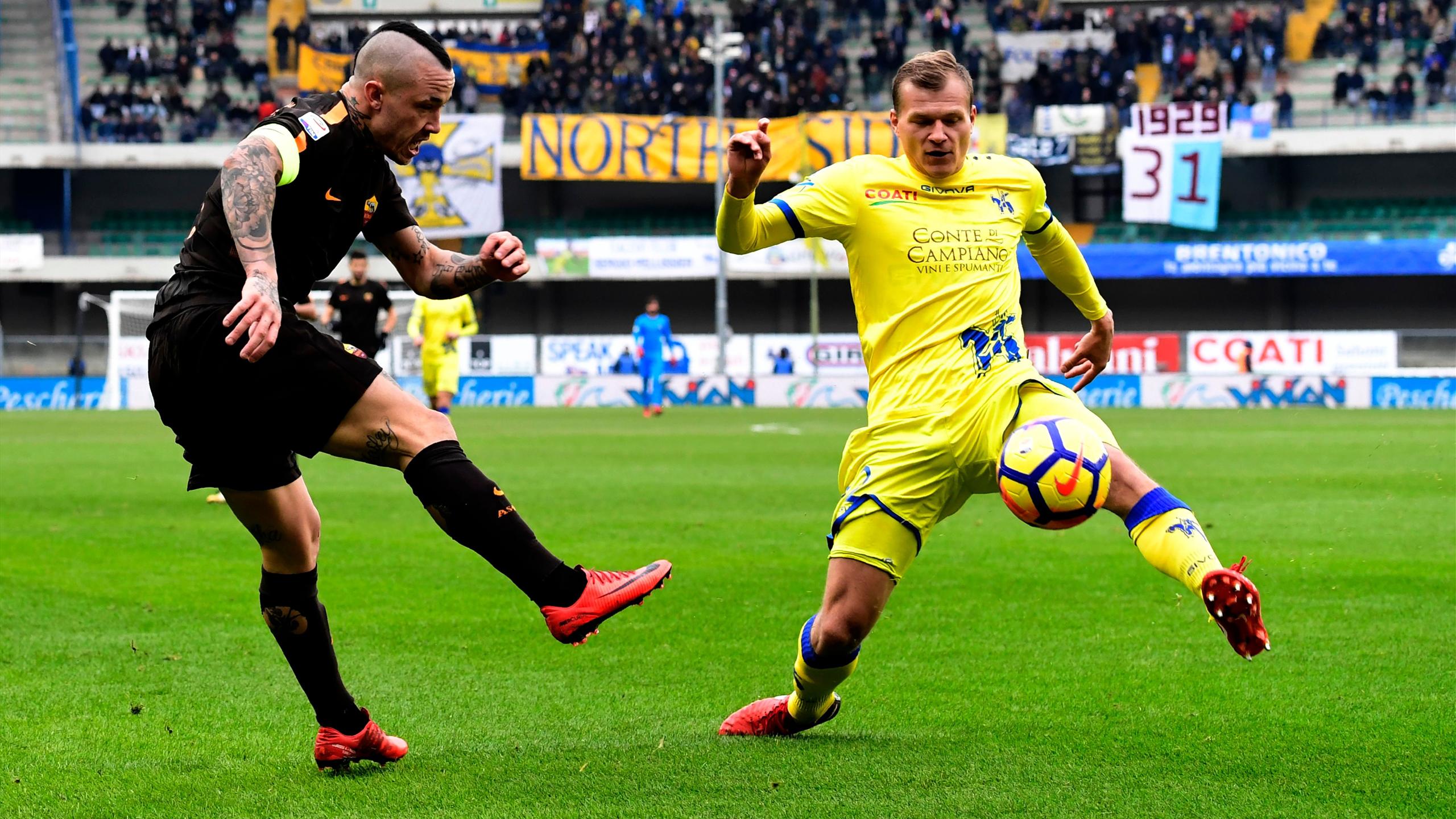 AS Roma warmed up for their Champions League return against Liverpool by thumping Chievo 4-1 in Serie A on Saturday despite playing the last half hour with ten men and after surviving a missed penalty.

Edin Dzeko scored twice as Roma, who will attempt to overturn a three-goal first leg deficit in Wednesday’s semi-final second leg against the Premier League side, ensured they will finish the weekend in third place.

Patrik Schick turned in Radja Nainggolan’s pass and Dzeko volleyed in from Aleksandar Kolarov’s cross as Roma took a 2-0 halftime lead against the Flying Donkeys.

Chievo were awarded a penalty in the 56th minute when Roma defender Juan Jesus hauled back Roberto Inglese in the penalty area. Jesus was sent off but Inglese saw his spot kick saved by Alisson.

Stephan El Shaarawy added Roma’s third with a solo goal and Dzeko completed the rout when he curled home an equally impressive effort from outside the area.

Inglese headed a consolation for Chievo who are only one place and two points clear of the relegation zone.

Leaders Juventus, one point ahead of Napoli, were away to Inter Milan in the late game.