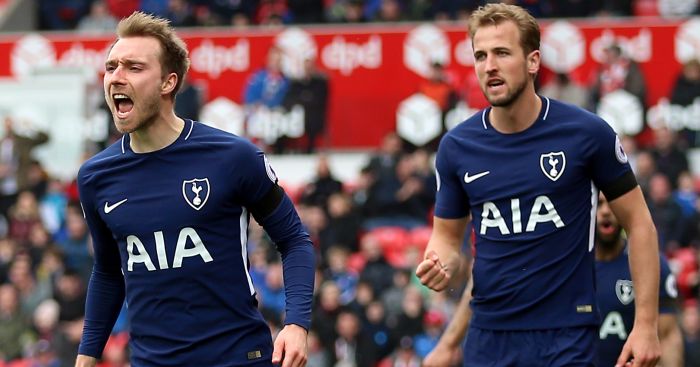 Tottenham striker Harry Kane has warned Mohamed Salah he can still pip him to win the Premier League’s Golden Boot this season.

Kane is bidding to finish the campaign as the division’s top scorer for a third successive season, a feat no player has managed since Thierry Henry did it between 2003 and 2006.

Yet Kane, who has scored 24 times in the league, currently trails Liverpool forward Salah by five goals having seen the Egyptian bag five against Watford and Crystal Palace while his nearest rival was out injured last month.

Spurs have six top-flight games remaining, while the Reds only have five, and Kane is convinced he can surpass Salah’s total haul.

“I still believe I can,” the England striker said.

“Look, whatever happens, there are still games to go.

“I’ve got to focus on my game. I can’t control what he does.

“Obviously as a striker, it would be great to win the Golden Boot again and I will keep working hard from now until the end of the season.”

Kane’s cause would be helped if he is credited with Tottenham’s winner against Stoke on Saturday, even though the Premier League Match Centre determined Christian Eriksen was the scorer.

Kane is adamant Eriksen’s free-kick grazed his shoulder before the ball went past Potters goalkeeper Jack Butland and Spurs could decide to appeal against the decision to award their Danish midfielder with the goal.

“I swear on my daughter’s life that I touched the ball, but there’s nothing I can do,” Kane argued.

“It is what it is – the most important thing is that we won the game.”