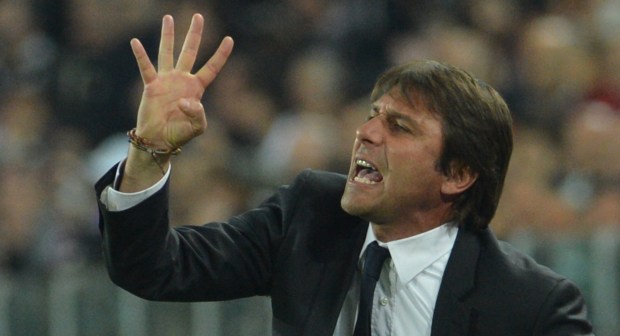 Swansea City welcome the visit of Chelsea to the Liberty Stadium as Carlos Carvalhal and company aim to hold their own ground just above the relegation zone during the final stages of the Premier League season.

Antonio Conte’s Blues have kept alive their faint hopes of a top-four finish and are now looking to keep up the pressure on fourth-placed Tottenham Hotspur with an away win in Wales.

Swansea City
The Swans have pulled off some impressive results since the turn of the new year and the arrival of coach Carvalhal has proven to be a defining moment in the club’s Premier League season.

The Portuguese coach has helped to guide the club to within touching distance of retaining their top-flight status – a prospect that had looked increasingly dim under the previous reign of Paul Clement.

Such has been the turnaround under Carvalhal, the club have been able to go without a win in five league games and still find themselves with a chance of staying up above Southampton, Stoke City and West Bromwich Albion.

The Welsh side are four points clear of Mark Hughes and his Saints side in 18th place with four games remaining. After Chelsea, Swansea face Bournemouth before two huge clashes against Southampton and Stoke and Carvalhal will probably fancy picking up at least six points from their remaining four matches.

The arrival of Andre Ayew in January proved an impressive buy when the forward lined up against his brother Jordan in a 4-1 win over West Ham United six games ago, but the Ayew pairing have not been able to halt a slide of late that has seen the Swans draw three and lose two of their last five league outings, including a 5-0 hammering at the hands of Manchester City last time out.

Swansea have already beaten Liverpool and Arsenal this term. A victory over Chelsea would see the team become the first side outside of the top six to win against those three clubs during the current campaign. That said, City have produced just one victory in 13 Premier League matches against Chelsea.

The Swans have managed to stave off the Blues in their last two visits to the Liberty, where Swansea have managed to pick up a victory and a draw. Heading into the game, however, Carvalhal’s men are winless in six across all competitions lately and have not been able to score in half of those games either.

The club are still in a promising position with four points to play with, although Carvalhal’s men need to find some confidence going forward quickly should they want to take full advantage of their run of games after welcoming Conte’s men.

Chelsea
The narrative has just started to turn slightly for a once-beleaguered Blues side, as Conte has somehow managed to ignite an outside push for the top four, while also securing a place in the FA Cup final in what will likely be his last season at the club.

Spurs have slipped up in recent weeks and Chelsea are now just five points adrift of Mauricio Pochettino’s charges with four games to play. Should the Blues find a way past Swansea, Chelsea could be just two points behind Spurs ahead of their game against Watford on Monday night.

Speculation in the press has highlighted all manner of names as potential successors to Conte should he depart, but whoever comes in will likely be playing Europa League football should the Italian boss be unable to pull off a remarkable turnaround by somehow clinching fourth. Chelsea will likely need to win all four of their remaining games to be in with any sort of chance.

One plus point for the club in recent months has been the January arrival of Olivier Giroud. The Frenchman proved the difference against Southampton in both the league and FA Cup semi-finals. The forward has bagged twice and assisted two other times in his four Premier League starts at Swansea.

Conte’s political and tactical movements have been criticised in some quarters this term, but should Chelsea beat Swansea on Saturday night, Conte would become the third-quickest manager in the history of the league to reach 50 wins. Jose Mourinho’s 63-game record and Pep Guardiola’s 69 tally are the only two standing ahead of Conte.

Since being beaten at home by Spurs at the start of the month, Chelsea are unbeaten in three games in the league, drawing against West Ham and beating both Saints and Burnley in recent weeks.

Giroud’s goals off the bench have put more pressure on Spanish forward Alvaro Morata. The 25-year-old has scored three goals in his last six appearances in all competitions, which represents as many as he had in his previous 22 for Chelsea. Conte will be hoping that those statistics suggest a return to form for the Spain international, who has struggled in the second half of the season.

Conte will know that four victories are needed to put any kind of pressure on Spurs in fourth place and the Italian will be hoping to extend a winning run against a Swansea side that has lost four games by four goals or more this campaign.

Team News
Federico Fernandez was subbed off with an injury against Manchester City, but the centre-back will be hoping to return against the Blues.

Carvalhal will also be hoping to be able to recall Sam Clucas from an injury layoff, while Luciano Narsingh could also feature after missing out recently through an ankle injury.

Tammy Abraham cannot feature against his parent club. Angel Rangel is also sweating on his fitness, as is Renato Sanches. Wilfried Bony and Leroy Fer are long-term layoffs.

For the Blues, Antonio Rudiger will be hoping to keep Andreas Christensen out of Chelsea’s back three. Marcos Alonso will continue to serve his suspension.

Giroud and Morata will be competing for a place in attack alongside Eden Hazard and Willian. David Luiz and Ethan Ampadu continue to miss out with more serious knocks.

Head To Head
The past six meetings between the clubs have all been in the Premier League. Chelsea have already beaten Swansea 1-0 at Stamford Bridge this season, building from a 3-1 victory in south London at the back-end of last term.

At the Liberty, Chelsea have come away with just one point in their last two fixtures in Wales. The teams drew 1-1 at the start of the 2016-17 season. The season prior to that, City beat Chelsea 1-0 when welcoming the Blues to Swansea.

That victory is the only one Swansea have managed against Chelsea in 13 Premier league meetings, having lost eight and drawn four of the other occasions.