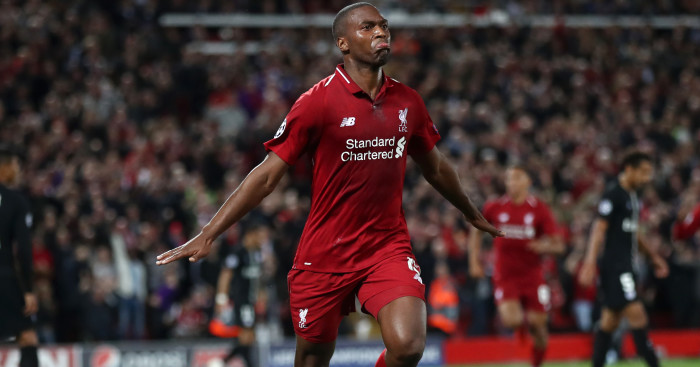 Liverpool striker Daniel Sturridge has dismissed suggestions that he is unhappy with his playing time under Jurgen Klopp.

Sturridge was the hero for the Reds on Saturday night when he came off the bench to net a late equaliser against his former club Chelsea and preserve his side’s unbeaten start.

However, the 29-year-old has only played 24 minutes in the Premier League so far this season, but he is not complaining about his limited opportunities to impress.

“Whatever decisions the manager makes, he’s the boss,” he told Liverpool’s official website.

“Whatever team he picks, you just give your best whether you come on for five minutes or start the game. It’s just about giving everything on the pitch whenever you get the minutes.”

Despite rumours of a summer exit, Sturridge remains eager to win trophies with Liverpool.

There’s no point in worrying about what we haven’t won or what we need to,” he added.

“We’ve got a great squad, a great manager, the backroom staff are top drawer, the fans are great. What more would players want?

“We want to get over the tipping point where we’re able to win something.

“That’s the goal for us. Once we lift that first trophy, you’d hope that would have a domino effect and we’d be able to win a few more.

“I feel like I’m a winner – I’ve won stuff in the past. But it’s the future now. I want to win something here with Liverpool.

“We’ve had opportunities, we’ve been to a couple of finals since I’ve been here and weren’t able to win. To be able to win a trophy is what would take us to the next level.

“It’s one of those where you just have a positive attitude about it, don’t put any pressure on winning something or have it in your mind that we have to do this or that.

Daniel Sturridge TEAMtalk
“When we play with a smile on our face and we work hard and put the opposition under a lot of pressure – stamp our style on them – I believe we can beat anybody on our day.

“We got to the Europa League final and the League Cup final, last season we did well in the league and the boys got to the Champions League final. This season, we’re just focusing on trying to take the next step.”