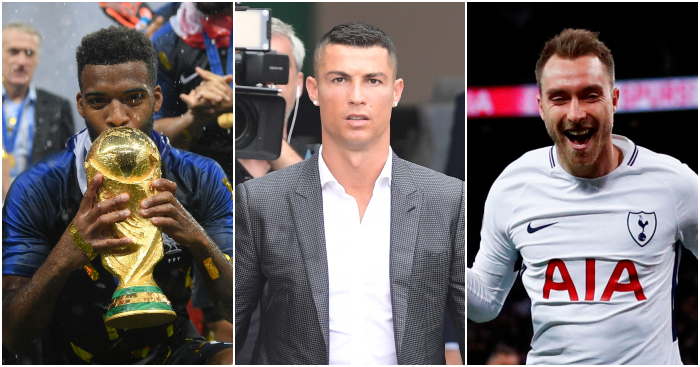 Who should they buy? With a new centre-back and central midfielder already in the bag, there aren’t many players Barcelona ‘need’ as such. If reports that new sporting director Eric Abidal will push for Sergi Roberto to be used in central midfield are true, then a new right-back should be top of the list, with Arsenal’s La Masia graduate Héctor Bellerín the most obvious choice. Christian Eriksen would be an extremely useful addition to the squad, particular given the departure of Andrés Iniesta, but the Dane’s hefty price tag will most likely prove prohibitive.

Who should they keep? There have been no credible reports of any potential moves for any of Barcelona’s core of key players, and none of the first-team regulars have shown any interest in leaving. There are several fringe players who could and should leave, but Barça would be wise to resist any offers for second-choice goalkeeper Jasper Cillessen. The Dutchman has a release clause of €60m, and Liverpool have been credited with an interest, but having a top-class understudy to Marc-André Ter Stegen could potentially be hugely important as Barça fight for success at home and in Europe.

Who should they sell? The newly-proclaimed champions have a somewhat bloated squad, and are carrying an awful lot of dead weight. A summer clearout is needed, and the likes of André Gomes, Paco Alcácer and Lucas Digne should all move on. Despite their respective failures to become first-team regulars at Barcelona, there should still be plenty of interest, and the club should recoup a decent amount of the money they laid out for the trio. Meanwhile, defender Yerry Mina’s brief stay in Catalonia looks to be at an end, as Barça need to free up a non-EU player place for new signing Arthur. Everton, Liverpool and West Ham have all been linked with a move for the Colombian.

Who should they buy? Chelsea’s Belgian pair Eden Hazard and Thibaut Courtois have been heavily linked with moves to the Spanish capital, and both players have dropped not-so-subtle hints that they would be keen to swap London for Madrid. Hazard would add a creative spark and a goalscoring threat, sorely needed given the departure of the irreplaceable Cristiano Ronaldo, and while current number one Keylor Navas is a fine goalkeeper, Courtois would be considered an upgrade. But if the European champions want a statement signing after the sale of Ronaldo, then they should go all in for PSG’s World Cup-winning wunderkind Kylian Mbappé. He would cost a pretty penny, and PSG would surely drive a hard bargain, yet it’s surely worth testing the French side’s resolve.

Who should they keep? Given Ronaldo’s departure, it is important to hold on to their other key players. That is why they should rebuff any approach for Marco Asensio, despite the eye-wateringly high figure of €158m that Liverpool are supposedly prepared to offer. They would do well to hold on to Gareth Bale as well, as he is the one most likely to fill the void left by Ronaldo, provided he can shake off the fitness problems that dogged his last campaign. Talented youngster Dani Ceballos has been linked with a return to Real Betis, but he could see a lot more action under new boss Julen Lopetegui, and Los Blancos could have a real star on their hands if they decide to keep hold of him.

Who should they sell? After nine years together, it’s probably now time for Real Madrid and Karim Benzema to part ways. He has enjoyed a highly successful tenure at the Bernabéu, but had a very disappointing 2017-18 season, in which he managed only five league goals in 32 appearances and drew the ire of the Real Madrid faithful. A move to Napoli to reunite with former manager Carlo Ancelotti would probably suit all parties. Mateo Kovačić has expressed his desire to leave in search of first-team opportunities, and Real Madrid would be wise to sell at the €90m price that is being reported. Manchester City are said to be interested in the Croatian midfielder.

Who should they buy? The Europa League winners’ business so far has been pretty spectacular, with deal for Monaco’s highly-coveted forward Thomas Lemar and Villarreal’s talented defensive midfielder Rodri completed early on in the summer. Manager Diego Simeone will not want to upset the balance of his squad by having too much change in personnel, and it looks as though his business will be complete with just a couple more signings. It looks as though versatile Portuguese winger/full-back Gelson Martins will join after he terminated his deal with Sporting CP, and Milan’s Nikola Kalinić will be lined up to replace Fernando Torres as understudy to Diego Costa and Antoine Griezmann.

Who should they keep? Just about everyone they can. They have already done a fantastic job to hold on to Antoine Griezmann, who looked set for a move before (eventually) deciding to stay at Atlético, for the short term at least. Juventus are reported to be interested in Diego Godín, and Atleti should do all they can to hold on to the man Martin Keown described as a “professor of defending”. Goalkeeper Jan Oblak, probably the best keeper in La Liga and among the very best in the world, has a release clause of €100m, and Liverpool are said to be interested. Atleti are sensibly looking to increase that figure to ward off any potential suitors.

Who should they sell? Nobody, if possible. Their squad is light enough as it is, and Simeone typically prefers to keep a small but committed band of players, which has been a successful strategy so far. As mentioned above, Oblak and Godín may be targeted, and Inter are reported to be after Croatian full-back Šime Vrsaljko. Although Martins could potentially be a replacement for the Croatian, Los Rojiblancos would be foolish to let a player of Vrsaljko’s quality leave, particularly given how important he was to helping Atleti finish second in La Liga and land a European trophy last season. In short, Atlético should let no-one go unless they receive an astronomical fee and can land a suitable replacement.