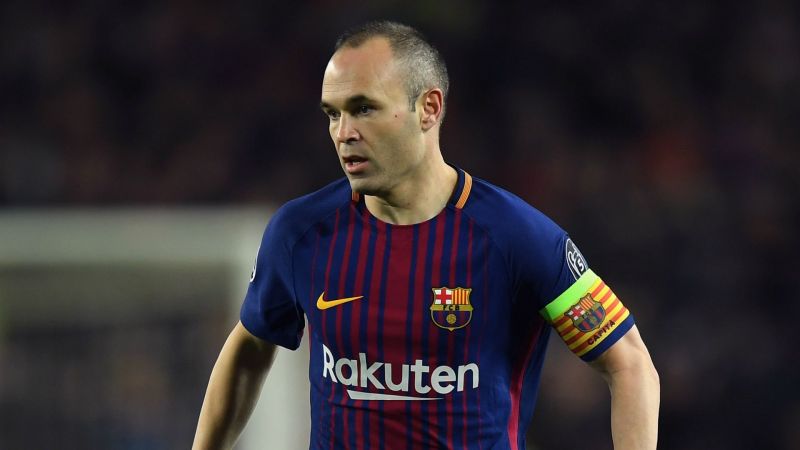 It is the end of an era at Barcelona, with Andres Iniesta confirming on Friday this season will be his last at Camp Nou.

The Spain international has enjoyed an illustrious career and won everything possible with the Catalan club, having joined as a 12-year-old.

With his unique blend of effortless ability on the ball and an almost unrivalled eye for a pass, Iniesta has established himself as one of the greatest players in Europe over the last 15 years.

Having made his debut with the first team in the 2002-03 season, Iniesta has written himself into Barca folklore and will go down among their finest players ever.

Although the 33-year-old has not confirmed his next destination, he is being strongly linked with a move to Chinese Super League side Chongqing Lifan.

But, regardless of what he achieves in China, Iniesta will be remembered for his remarkable career at Barcelona and, with the help of Opta data, we look back on some of the most impressive stats of his time with the Blaugrana.

669 – Iniesta has featured 669 times in all competitions for Barcelona, more than any current player and second only to Xavi (767) in the club’s history.

8 – The Barca icon has won eight LaLiga titles, although a ninth in 16 seasons expected to be confirmed this weekend against Deportivo La Coruna.

69 – Iniesta has provided 69 assists in LaLiga. He recorded 16 of those in the 2012-13 season, finishing two assists clear of any other player in Europe’s top-five leagues.

35 – Although not regarded as much of a goalscorer, the Spaniard has found the net 35 times in the league for Barcelona.

9 – While never a Ballon d’Or winner, Iniesta has been included in the FIFA FIFPro World XI on nine occasions – only Cristiano Ronaldo and Lionel Messi have more appearances (11).

116 – Perhaps the finest moment of Iniesta’s glittering career came in the 116th minute of the 2010 World Cup final, his goal winning the tournament for Spain for the first time. He received the man of the match award as a result.

9 – Iniesta has played for nine different managers in LaLiga. He featured 149 times under Frank Rijkaard, more than under any other coach.