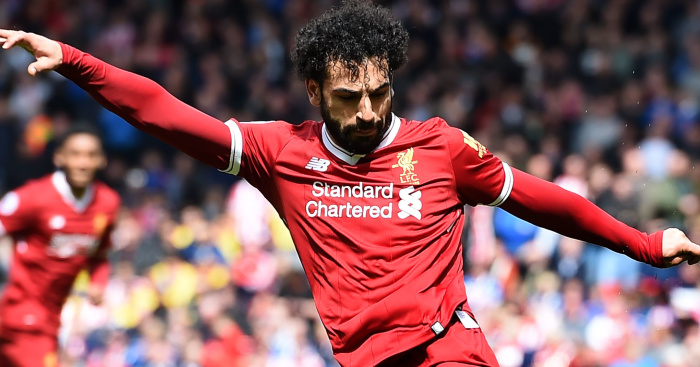 Mohamed Salah reportedly already has a gentleman’s agreement to join Real Madrid this summer – with the deal set to go through if the LaLiga giants meet Liverpool’s huge €200million asking price.

According to the Spanish publication Don Balon, Liverpool have told their Champions League opponents they can sign the player if they spend the near world-record fee – and more than quadruple the Reds’ investment last summer – to land the Egyptian sensation.

The PFA Player of the Year has struck 43 goals during a sensational debut season for Jurgen Klopp’s side, and despite making no noises about wanting to leave, the Spanish publication claims he has an agreement with the Reds to move to the Bernabeu – but only if they meet Liverpool’s demands.

They write: “Mohamed Salah has already reached a pact with Liverpool to go to Real Madrid.

“If Florentino Perez pays €200million (£175.8m) for him, he will become the latest Real Madrid Galactico.

“The coach of the British team, the German Jurgen Klopp, in fact, has even chosen the player who will be his replacement: the Frenchman Nabil Fekir.”

While the report should be treated with a pinch of salt at this stage, Salah has regularly been linked with Real Madrid throughout the course of this season, with his compatriot Mido regularly tipping the player to move to the reigning European champions.

“Real Madrid want him, and we have all seen the poor performances of Gareth Bale and Karim Benzema with the 4-4-2,” he told KingFut.com last month.

“I was afraid that Salah might fail at Liverpool.

“But I think he is ready to jump to the next level.

“Real Madrid would be able to use his strengths.”

Talk that Liverpool want Fekir, meanwhile, appear to be gathering pace, with reports earlier this week suggesting the Lyon playmaker already has given Klopp his word on a summer move to Anfield.

Meanwhile, the Reds have also been tipped to sign Real Madrid star Lucas Vazquez, who has reportedly told the club’s skipper Sergio Ramos that he is moving to Anfield this summer.