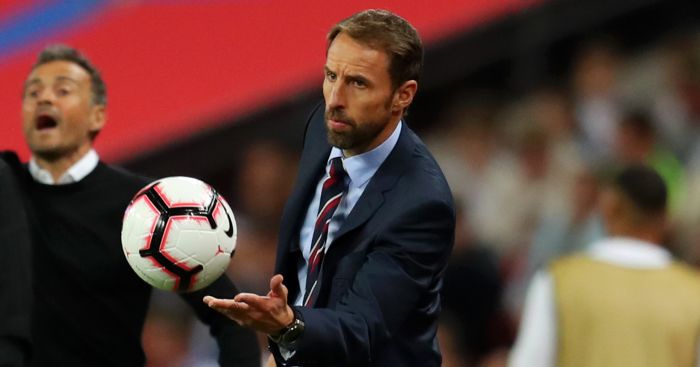 Gareth Southgate thinks England came up against a “tough test” versus Spain in their UEFA Nations League opener at Wembley.

The Three Lions took the lead early on through Marcus Rashford before Saul and Rodrigo netted before the interval as the visitors went on to win 2-1.

“They pressed us and we didn’t keep the ball well enough,” Southgate told Sky Sports. “I have to give the players credit. We could have folded and disappeared. In the last 25 minutes we came into the game and could have got a draw.

“We are under no illusion that Spain were the better team for long periods. We are still at the early stages of what we want to do.

“They pressed well. It took us a while to work out where that was coming form and solutions to it. We are still finding our feet in playing out. We can go back to an old style but we will never be a top team. Or we stick with it and accept it won’t always work.

“The system in Spain has produced some of the best midfielders in the world. We are a different profile of players who can’t play like they do. But we can move the ball. When we are match fitter we will function better up the pitch. It takes time. We have come a long way.

“Today was a tough test in terms of pressing and a team who are so good in possession. We have to keep reviewing and looking at what we do. But we want to stick to the plan and get better at it.”

One sour note was a nasty-looking head injury to Luke Shaw but reports emerged after the game that he was walking and talking.