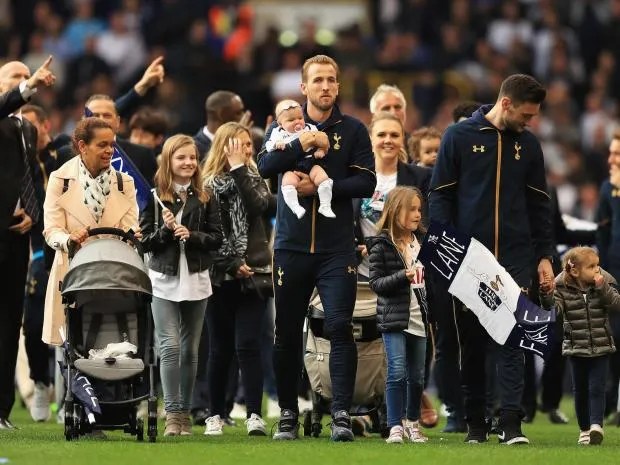 Tottenham forward Harry Kane and his family are said to be “furious” over the continued jokes at his expense.

Tottenham and Kane successfully appealed to have a goal at Stoke awarded to him, and since then he has been trolled from all angles.

The FA’s official Twitter account trolled him over being in the pocket of Chris Smalling during the FA Cup semi-final defeat to Manchester United; they later issued an apology.

Kane, who is chasing Mohamed Salah in the race to win the Premier League’s Golden Boot, was then the victim of a joke from PFA chairman Ben Purkiss at the PFA Awards night.

Purkiss’ speech included the line: “Harry Kane is so prolific that he is able to score without touching the ball.”

It is understood that PFA chairman Ben Purkiss could be “forced out” of the organisation, as he is refusing to publicly apologise for the comment.

Purkiss has argued that there is no need to apologise publicly as he has already said sorry to Kane in private.

“The facts are I personally spoke to Harry Kane. I explained I was complimenting him on his achievements, how he went on loan before being such a success at Tottenham and my comments were complimentary.

“During my speech I made reference to the fantastic achievements of our members. I spoke about the adversity footballers at all levels face. I referenced some of the nominees for the PFA Men’s award.

“I referenced Harry Kane and spoke about my admiration for his success he achieved after his loan spells away from White Hart Lane. I said that he was so good he could score without touching the ball. I know for a fact he touched the ball. He was credited with the goal by an independent panel.

“I was joking at how ridiculous the coverage was as he is such a talented footballer. I contacted Harry to explain my comments and he stated that he had not taken offence to my comments.”

The Mirror claim Kane “is known to be upset by the lack of respect” shown towards him, while he and his family believe he has become a victim of “a form of bullying”.