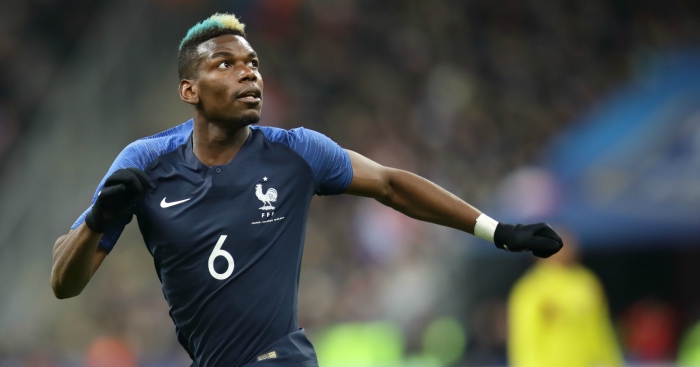 Lizarazu, 48, who won the World Cup and European Championships with France in his playing days, believes Pogba is not responding to Mourinho’s hard-line approach.

Pogba has seen himself dropped by Mourinho on several occasions this season and reports of friction between the pair have been rife.

Pogba’s form has dropped off dramatically after an impressive start to the season at Old Trafford and Lizarazu says now is the time to put things right ahead of the World Cup in June.

“I see that the relationship with Mourinho is not good,” Lizarazu told the BBC.

“When he was in Juventus, he was really improving a lot; my feeling, at Manchester United, is that he is not improving so this is a problem because the potential is so big that we don’t want for him, for the French national team, that he stays at this level. He can make better.

“Why he don’t make it? It’s difficult to say what’s going on in his brain. Someone has to talk to him. Of course, Mourinho is not an easy manager. He is using the strong method – he can be hard with the player.

“Some players need that but others need something more soft but you have to be focused and sometimes he is not focused enough. Sometimes he is making too much and so he has to control that.