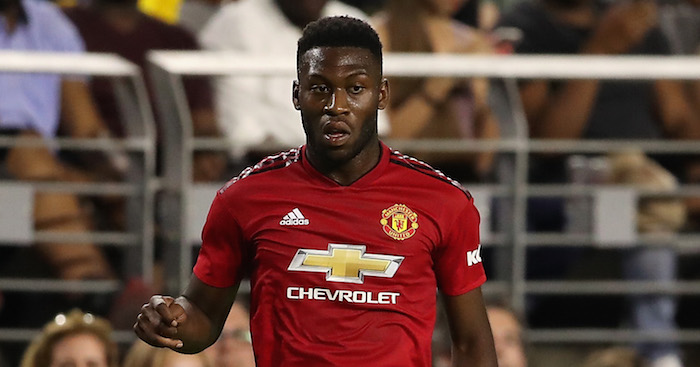 The signing of full-back Diogo Dalot means that one Manchester United youngster wants to secure a summer exit, a report claims.

Dalot described United as “the biggest club in the world” after completing his £19million move from Porto.

However, according to the Manchester Evening News, this has had a knock-on effect on United youngster Timothy Fosu-Mensah.

Their report claims that Dalot’s signing has pushed the 20-year-old even further down the pecking order, and has forced him to consider a temporary exit.

Fosu-Mensah was loaned out to Crystal Palace last season but struggled for game time under Roy Hodgson towards the end of the season.

However, he is eager to try another loan spell in order to get consistent minutes under his belt.

“I hope to play and develop under this great manager and be part of this beautiful squad,” the Dutchman told MUTV.