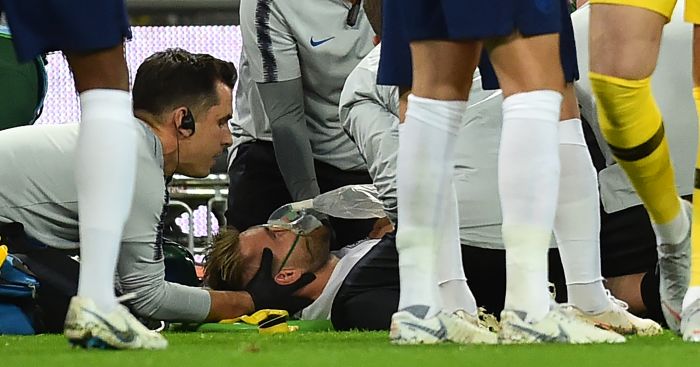 Luke Shaw has been walking and talking in the England dressing room after a worrying injury during England’s Nations League defeat to Spain at Wembley.

The Manchester United defender was taken off on a stretcher wearing an oxygen mask following an accidental collision with Spain’s Dani Carvajal early in the second-half.

Shaw, making his first England start since September 2015, received treatment on the pitch for almost seven minutes, with plenty of medical officers checking on his condition after he hit his head.

But Press Association Sport understands the 23-year-old is conscious and will undergo further tests at Wembley.

Shaw suffered a double leg break playing for United in 2015 and was sidelined for 11 months and has been an ever-present for the Red Devils so far this season.

Marcus Rashford had given the Three Lions an early lead but goals from Saul and Rodrigo before the interval gave the visitors all three points.