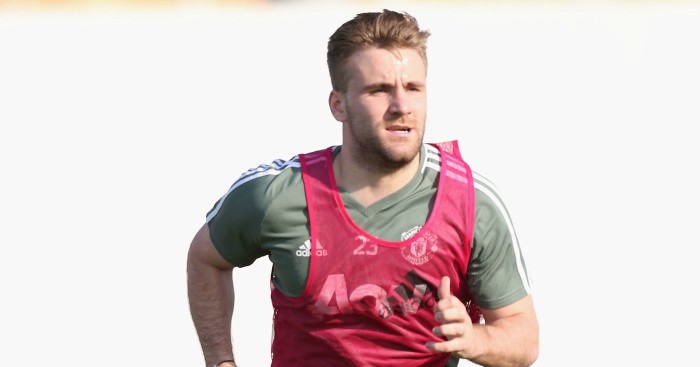 Luke Shaw has challenged himself to “be the first name on the team-sheet” at Manchester United. So he wants David de Gea’s spot?

Shaw has endured a difficult time at United since joining in 2014, with a double leg fracture suffered in September 2015 stopping his development in his tracks.

He has struggled to recover his momentum since, and has seen Ashley Young establish himself as the club’s first-choice left-back.

But Shaw is hopeful that a full pre-season under his belt can help him retain the spot he lost almost three years ago.

“There are opportunities for all the players, not just me. I look at it like that. The next five games are about fitness,” he said.

“I want to prove to the manager that I can be in his team. When everyone comes back, I still want to be the first name on the team-sheet. It’s time for me to show him I can be in the team.

“It has been disappointing. I look back over the last few years and I’ve not had a massive run in the team.

“The year I broke my leg I felt strong – it was unfortunate. I know what I can do and that’s why I am still here.

“I don’t think I would still be involved if the manager didn’t believe in me.”