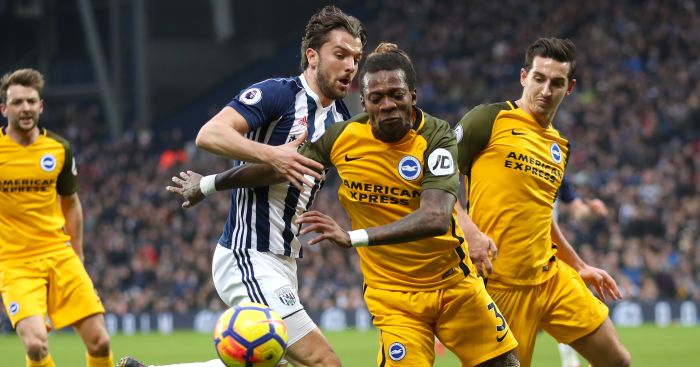 Bong accused former Burnley player Jay Rodriguez, who is now with West Brom, of racially abusing him during a match in January.

That charge was found not proven but the FA said it was “completely satisfied” the complaint was “made in absolute good faith”.

Bong was booed throughout Brighton’s goalless draw at Burnley at the weekend as well as being subjected to chants from home fans, actions which were described as “shameful” by Seagulls manager Chris Hughton.

A statement read: “The FA considers the behaviour of some supporters on Saturday towards Gaetan Bong to be unacceptable.

“It needs repeating, following the recent disciplinary matter, that there was no suggestion by any party involved in that case that the player made a malicious or fabricated complaint. The FA was wholly satisfied that the complaint was made in absolute good faith.

“The FA takes all allegations of discrimination extremely seriously and continues to encourage all participants who believe that they have been the subject of or witness to discriminatory abuse to report this through the appropriate channels.”

Speaking after the game, he said: “I would have to say that I thought the reaction of the Burnley supporters towards Gaetan every time he got the ball was shameful, I really do.”