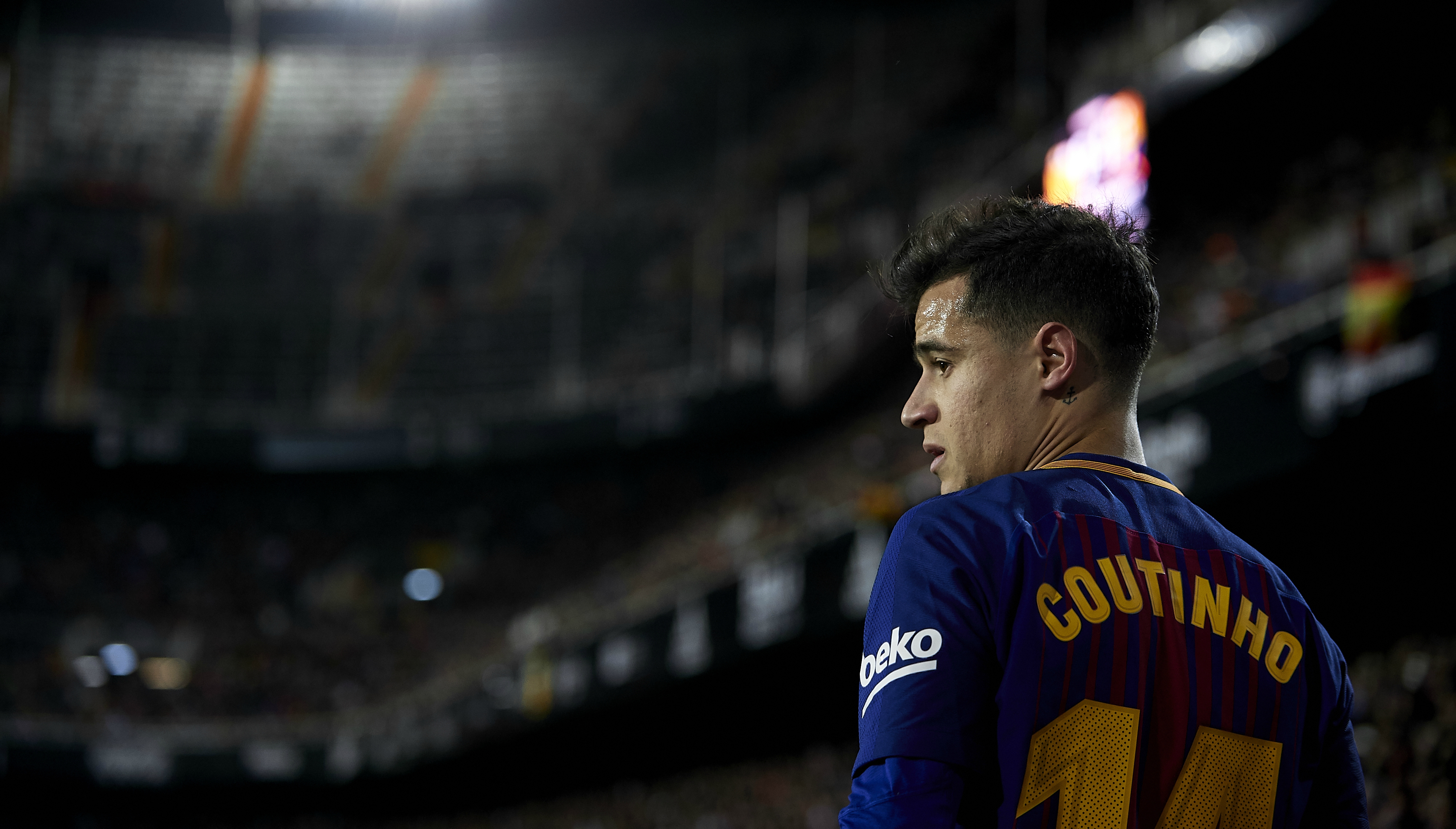 The Blaugrana were simply breathtaking, putting on a show for the crowd in Madrid, sweeping to an easy 5-0 victory.

Philippe Coutinho helped get the ball rolling as he set up Luis Suarez for the opener, later getting on the scoresheet himself with Barca’s fifth from the penalty spot.

Here, we analyse the performance of the diminutive Brazilian.

He set up the goal that got Barcelona on the way to victory, and later got on the scoresheet himself, yet this was still a mixed night for the brilliant Brazilian.

He showed tremendous awareness and calmness to hold off a defender and avoid the goalkeeper as he chipped into the six yard box for Suarez to open the scoring.

But in a positional sense he left himself a little isolated, choosing too often to stay out wide as Barcelona were cutting Sevilla to pieces in central areas.

Playmaking – Coutinho is the perfect player for the likes of Suarez and Lionel Messi to have around. His purpose is to pass and even when he could have taken on the chance for the opening goal himself, he unselfishly squared for the unmarked Suarez to hook in.

Penalty poise – Initially looked like he would be robbed of a final goal when his neat finish to convert a one-two with Suarez was ruled out, as a penalty was given instead. But he was afforded the chance to make amends by being handed the spot-kick and he finished with style.

Involvement – It was a parade in the second half for Barca, who looked like scoring every time they attacked. While Andres Iniesta, Messi, Suarez and even Samuel Umtiti and Gerard Pique got in on the act, Coutinho too often stayed out on his right flank, missing out on some sumptuous moves.

Decision making – Most of what he did was excellent, but there were two occasions in the second half where Coutinho wasted possession, taking a touch too many just after half-time as a chance went begging, before later aimlessly hammering in a low cross that was easily cleared.

VERDICT – At the end of the day he helped himself to a goal and brilliantly worked his way into position before laying on the easiest of chances for Suarez, but this was not the best you will see Coutinho play.

Then again, he didn’t have to be at his best as Sevilla had surrendered by half-time. He is still finding his feet at the Camp Nou and he will have a much bigger say in far tougher games in the future. It was a walk in the park for both Barca and the Brazilian.