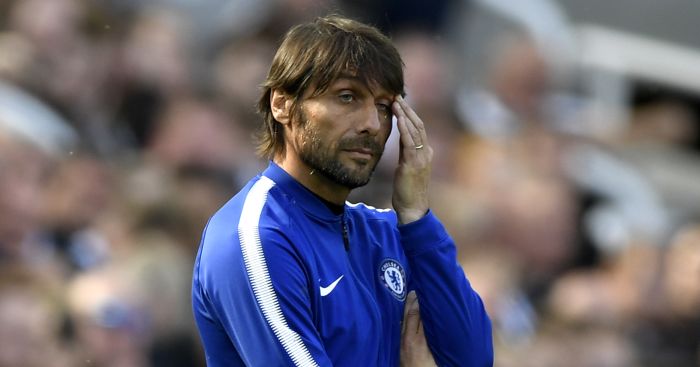 Serie A strugglers Roma are understood to be lining up audacious move for former Chelsea boss Antonio Conte.

“I am disgusted,” Pallotta told RomaPress.US. “If I had an explanation for this, I’d give it to you.”

After an opening-day win against Torino, draws with Atalanta and Chievo, and defeats to AC Milan and now Bologna have left Di Francesco with just two games to save his job, according to Corriere dello Sport.

The Italian paper claim Pallotta is lining up former Blues boss Conte, who was axed and replaced By Maurizio Sarri in the summer. The report does suggest that would be a “dream” appointment and Paulo Sousa is more likely.

The former Swansea chief is currently in charge of China’s Tianjin Quanjian and the report claims a move for the 48-year-old is a more feasible proposition.

Former Roma coach Claudio Ranieri does have some support for Di Francesco.

“Di Francesco is one of the best Coaches coming through in Italian football,” Ranieri told Radio Anch’io Sport. “He did very well at Sassuolo and also at Roma last season, but he’s lost the backbone of his team this season.

“He needs to stimulate his group so they can get to the bottom of their problems. I hope he’ll be allowed to do the work he deserves to do. When a Coach signs a contract, he’ll know his team’s philosophy. Di Francesco knew what he was signing up for.”