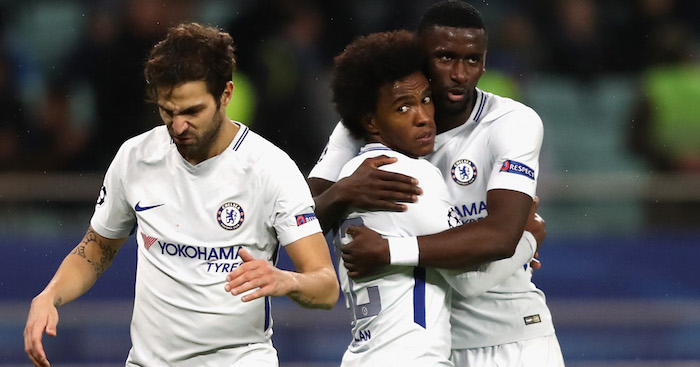 AC Milan are reportedly serious in their attempts to land a star Chelsea midfielder in the upcoming transfer window.

Fabregas was linked with a move to the San Siro during the summer, although with the financial clouds hanging over the Rossoneri they ended up sealing a loan move for Tiemoue Bakayoko.

Fabregas has struggled for opportunities thus far under new Chelsea boss Maurizio Sarri, and the report claims it is unlikely the former Arsenal man will be offered an extension on his deal, which expires in 2019.

It is believed that Fabregas currently earns around €8million-a-year at Stamford Bridge, meaning he would most likely need to take a pay cut in order to move to Italy.

Lazio and Inter have also been linked with the ex-Barcelona star, but Milan are now in pole to land him, it is suggested.

Fabregas meanwhile has urged Chelsea to do all in their power to secure the future of Eden Hazard as soon as possible – or pay the ultimate price.