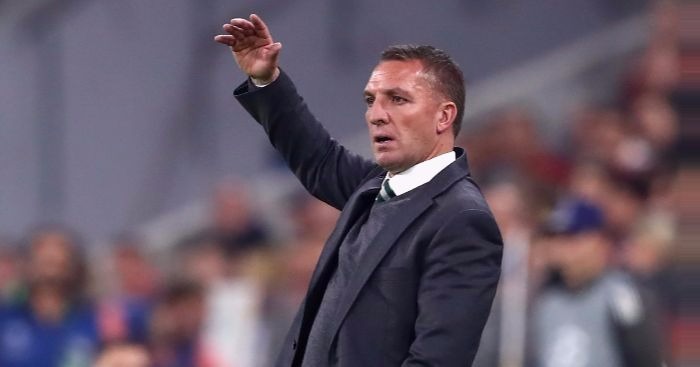 Celtic’s biggest shareholder Dermot Desmond says he will not stand in the way of Brendan Rodgers if he wants to join Arsenal.

Wenger, 68, has announced he will leave Arsenal at the end of the season after almost 22 years in the role.

The Frenchman has lifted the FA Cup in three of the last four seasons but that has not been enough to appease some supporters and Wenger, whose side are set to compete against Atletico Madrid in the Europa League semi-finals next week, confirmed his decision to step down on Friday morning.

Celtic boss Rodgers has been mentioned as Wenger’s successor and the bookies have the Northern Irishman as a top contender.

And Desmond, 67, says he will not block Rodgers if he wanted to make the move south.

“He’s an outstanding person and we wouldn’t want him to leave, but we cannot force him to stay,” he told Sky Sports News.

“Hopefully his love for the club and the set-up will induce him to stay at Celtic.

Asked if he would allow Rodgers to speak to Arsenal, he added: “Absolutely, you cannot put handcuffs on anybody if they want to go to a club as good as Arsenal.

“It will be Brendan’s decision and his only.”

Thomas Tuchel, Massimiliano Allegri, Joachim Low and Diego Simeone are also contenders, while Gunners legends Thierry Henry and Patrick Vieira are in the running as well.