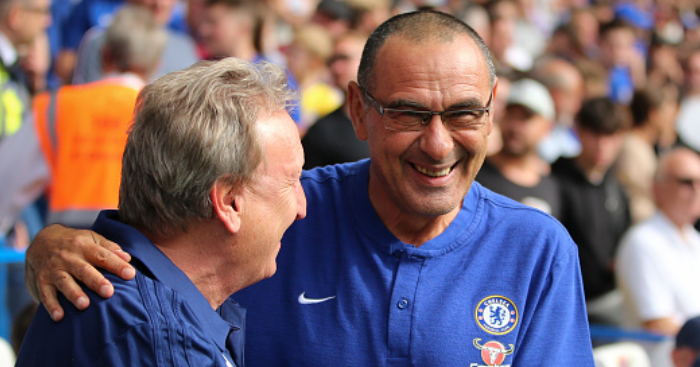 Chelsea boss Maurizio Sarri was delighted with his players after they dealt Cardiff a 4-1 defeat at Stamford Bridge – and reserved very special praise for Eden Hazard.

Hazard scored a first half double, after Chelsea had gone behind early on, before stepping up to take a 81st minute penalty to secure a delightful hat-trick.

Willian added a fourth two minutes later to put the game to bed and secure the points for the Blues.

“I am very happy with my players,” Sarri told MOTD.

“But I always think we can do better. We are very dangerous in the offensive phase but we aren’t as solid defensively as I want. I think we can improve quickly though.”

Sarri had special words for the impressive Hazard, and even claimed he should be classed as the best in Europe right now.

Despite leading the Premier League, Sarri believes Liverpool and Manchester City are going to be impossible to keep up with over the course of the season.

“I think at the moment Liverpool and Manchester City are another step up, so we have to improve and I hope next season we can be on the same level.”