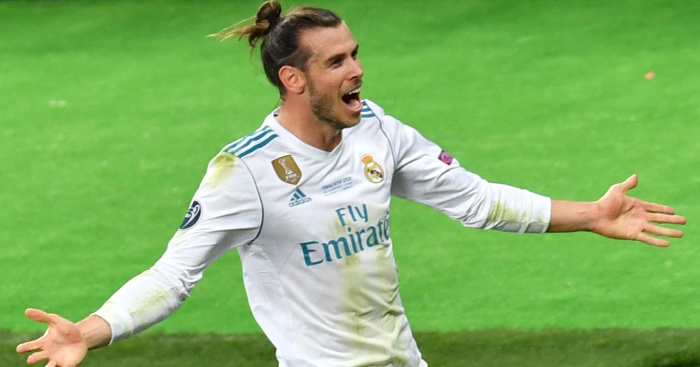 With Bale reminding the watching world of his talents with a double in Real Madrid’s 3-1 success over Liverpool in Kiev – the first of which was a sublime overhead kick – United looked to make immediate inroads by lodging a €250million offer for the Wales forward.

Bale had been strongly linked with a move away from the Bernabeu last season, but reminded then Real boss Zinedine Zidane what he had been missing by stepping off the bench to produce his man of the match display.

And when Bale said in the immediate aftermath of the match that he needs to playing more often and would need to consider his future at the Bernabeu, Spanish journalist Eduardo Inda told OK Diario that United lodged their world-record bid the very next day.

Inda also claims Bale had the chance to up his already impressive package at Real by moving to United.

However, while Real Madrid president Florentino Perez was reported to have accepted the mouthwatering proposal, Bale himself asked for time to consider the move and politely told his agent Jonathan Barnett to reject the transfer at that time.

It’s believed Bale had been given a strong suggestion that Zidane would quit and wanted to see how he would fare under a new manager, while six weeks later, the club also announced they had reached an agreement to sell Cristiano Ronaldo to Juventus – elevating Bale’s importance to the European champions further.

Bale had previously claimed he wanted to stay at Real and extend his remarkable trophy success with the Spanish giants and his decision to snub United’s reported offer appears to have been vindicated.

However, reports on Monday suggested the club were already looking at signing Juventus frontman Paulo Dybala as a potential replacement in the January transfer window.

While there’s no proof to suggest United did make such an offer to Bale in the aftermath of the Champions League final, it’s no secret that the club’s executive vice-chairman Ed Woodward wants to sign him, with the Wales star on his list of four dream Manchester United signings.