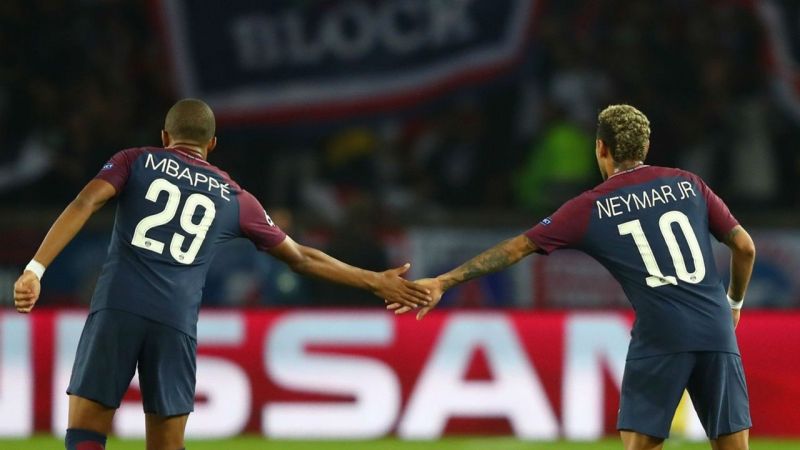 Paris Saint-Germain face an uphill task in their bid to advance to the quarter-finals of the Champions League this season. Unai Emery’s side began the campaign as one of the favourites to clinch Europe’s flagship club tournament. However, they have been left on the brink after suffering a damaging 3-1 loss to Real Madrid in their last-16 first-leg tie.

The Parisians will welcome Los Blancos to the Parc des Princes on Tuesday looking to overturn the result but will have to do it without record-signing Neymar. The absence of the Brazilian superstar has led to restricted hopes, with certain quarters holding that PSG will not be able to survive without their talisman. However, despite Neymar being a big miss, the French giants have enough to smile about with regards to Kylian Mbappe’s return from injury.

Below are five reasons why Mbappe could lead PSG to eliminate Real Madrid from the Champions League.

5 He’s more of a team player

There is no doubt that Neymar is the superstar of this PSG squad, however, the 25-year-old was part of the reasons why the side failed to return from the Santiago Bernabeu with a favourable result.

Neymar constantly chose to showboat, give the more complicated pass or over-exaggerate in his decision making which proved costly to PSG. In Mbappe, Unai Emery has at his disposal a more selfless player who is always ready to put the interests of the team ahead of personal goals.

The former Monaco star has shown over the course of the season that he is a team player and that attribute means his teammates stand to benefit from his play. The teenager is widely regarded as a potential Ballon d’Or winner in the future but he remains grounded and his ability to be involved in his side’s play makes PSG more dangerous when attacking.

There were moments in the first leg where Neymar could have just squared the ball to a teammate to initiate a quick attack but he often made a different choice which often pulled the breaks on an attacking move. Mbappe is the type who likes to play it simple. That, coupled with his creative abilities in the final third, means Madrid will have a lot on the hands.

4 Too quick for Madrid defenders

Kylian Mbappe is one of the quickest players in the world currently. The 19-year-old is naturally gifted with speed and loves to run at opposition defenders at will.

Against Real Madrid, such an asset in his locker makes him key to PSG’s hopes of eliminating the holders. With Marcelo and Dani Carvajal often joining the attack, there will definitely be much space left at the back for Mbappe to operate.

Unfortunately for Madrid, Sergio Ramos no longer has that youthful energy that once made him the most unwelcoming centre-back in the world.

While Neymar, Unai Emery and the PSG defence took in most of the flak after that dull loss to Real Madrid in the first-leg, Mbappe had no excuse, either, for his own lethargic performance.

The French international was often indecisive when in possession and easily squandered a lot of promising chances. If he wants a chance to make amends for that flop performance, there is no better fixture than in the second leg against the same opposition.

Mbappe will definitely be more motivated to prove a point that he is a player for the big games and that his double figures in goals this season is no fluke. Flopping once is understandable but it can’t happen again and the young Frenchman will be looking to impress against the Champions League holders.

2 Mbappe to step out of Neymar’s shadows

Another major reason why the PSG vs Real Madrid game should be all about the Mbappe show is that the youngster finally has the chance to step out of the shadows of Neymar. The Brazilian has enjoyed cult status since moving to the French capital and, as a result, has left everyone else in that team in his wake.

But the former Santos star’s injury layoff has laid down the gauntlet for another person to step up and, currently Mbappe is the next poster boy of Paris. The France international has played second fiddle to his far costlier teammate when it comes to penalties, free-kicks and even on-pitch influence.

However, with Neymar missing arguably PSG’s biggest game of the season, Mbappe will definitely relish the chance to step out of the Brazilian’s shadows.

1 He has a better understanding with Cavani

It is common knowledge that there has been tension between Edinson Cavani and Neymar. The pair were famously seen clashing over penalty-taking duties at the beginning of the season.

Neymar has since been selected as PSG first-choice penalty taker, but it is clear that he is normally not on the same page with the Uruguayan striker.

Mbappe, however, has a good connection with Cavani and their bond on Tuesday night could pose all sorts of problems for Real Madrid. Cavani is a forward who feeds on services from his colleagues, rather than the type that craws out of his shell to make things happen for himself and the team.

This means he will need Mbappe to take up that role of ‘service provider’ – a job made easier by the understanding between the pair – and Madrid could find themselves in deep trouble.