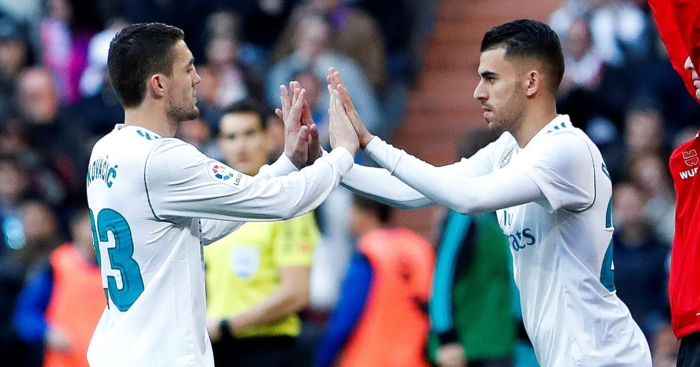 Real Madrid midfielder Dani Ceballos has admitted his frustration at how he was handled by former boss Zinedine Zidane.

The midfielder arrived at the Bernabeu in a €16m deal from Real Betis, though he started just four league games under Zidane.

Liverpool boss Jurgen Klopp has admired the player for some time and was linked with a €35m move, but it was claimed in the summer that Ceballos had already told his Real teammates that he would be moving to AC Milan.

Ceballos told Marca: “Because of the situation I felt both frustration and resentment towards Zidane.

“This stemmed from the times when either or both of Toni Kroos and Luka Modric were unavailable but instead of promoting me, the system changed so I was excluded.

“When those moments happen you get hurt and it eats away at you, even when the games were long after the title was out of reach for us.

“Now the style of play is different and wants to play with lots of possession and a view to attacking.”