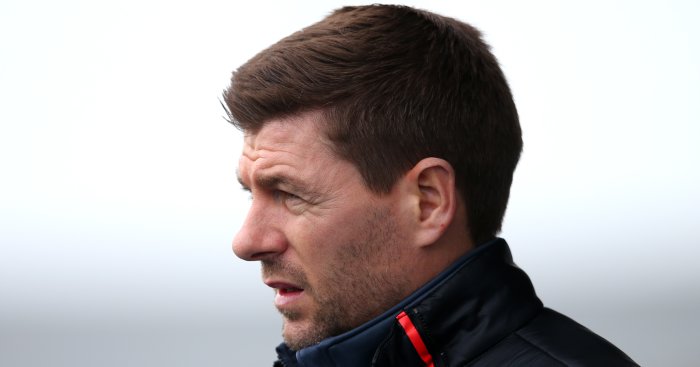 Rangers are set to unveil Steven Gerrard as their new manager after calling a press conference for this afternoon.

Gers were due to host their weekly pre-match media briefing at their Auchenhowie training base at 12.30pm – but that has now been cancelled with journalists instead told to report at Ibrox for 3pm, where Gerrard is expected to be announced as the club’s 16th manager.

And according to reports on Friday morning, a three-year deal has been agreed that will see Gerrard – who has only previously worked with Liverpool’s Under-18s – take his first step into first-team management with Gary McAllister named as his assistant manager.

Gerrard flew home from Rome yesterday lunchtime to head straight into more negotiations after working as a pundit for BT Sport for the Roma v Liverpool game.

Sky Sports report that Gerrard has agreed a three-year contract, while the Record claim he has already made Slovakian defender Martin Skrtel one of his top targets.

Gerrard’s former team-mate, Danny Murphy, had earlier reported that the 37-year-old was looking for firm assurances about the finances available to strengthen the team.

Graeme Murty lost his job on Tuesday, three days before his short-term contract was due to end, after his team lost nine goals in two games against Celtic in April.

Jimmy Nicholl and Jonatan Johansson have been handed the reins for the final three matches of the Ladbrokes Premiership season as Rangers aim to leapfrog Aberdeen and secure second place.

They are level on points with Hibernian with only the top three guaranteed European football next season.