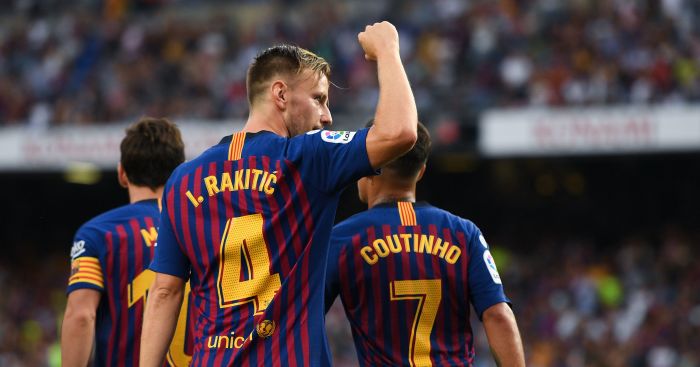 Ivan Rakitic claims that despite receiving offers over the summer transfer window he was never close to leaving Barcelona.

Manchester United were heavily linked with a £61million move for the Croatian over the summer, while Ligue 1 sides Paris Saint-Germain and Monaco were willing to offer huge wages to secure a deal for his services.

He was part of the Croatia side that reached the World Cup final over the summer and a lot of that team have naturally been linked with moves away from their clubs.

“I read rumors about my transfer from Barcelona, there were offers, some big clubs wanted me but honestly, I spoke to my wife and we made a conclusion that I am happy here and proud to be part of this big club,” Rakitic told Novi list.

“I’ve been part of that nice story with Barcelona for some time and it is not time to leave yet. Well, who could find it easy to leave Barcelona?”

The Catalan giants won La Liga last season ahead of rivals Real Madrid but Rakitic admits their goal is different this campaign.

“It is time Barcelona returns to European glory,” Rakitic added. “Our big aim is to win Champions League.”