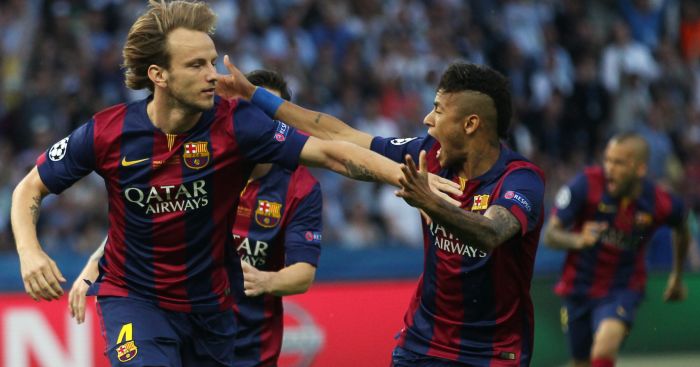 PSG president Nasser Al-Khelaifi will travel to Brazil in the next few days to meet Neymar and discuss his future, amid claims he could be allowed to return to La Liga this summer.

The attacker has been consistently linked with a move to Real Madrid, despite only moving to the French capital last summer, with reports in Spain suggesting that the La Liga giants are ready to pay €400m (£356m) to secure his signature.

According to Telefoot, Al-Khelaifi and sporting director Antero Henrique will head to Brazil this week to meet up with the 26-year-old.

They are keen to see how the player is getting on with his recovery from injury and will also ask if he is keen to see out his PSG contract, which runs until 2022.

Neymar’s former Barca team-mate Ivan Rakitic, meanwhile, has admitted that he would love to have Neymar back at the Nou Camp.

Despite Real being favourites to land the Brazilian, Rakitic has said that he would welcome the player back with open arms – although he has heard nothing from Neymar himself on that possibility.

They want to see how the forward is getting on with his recovery from injury and to find out if he wants to remain at PSG until 2022, when his contract expires.

“He has not called me, but if it was up to me, I [would] open the dressing room door for him again,” he told AS. “I would love to have him in my team, I would always have Neymar in my XI.”