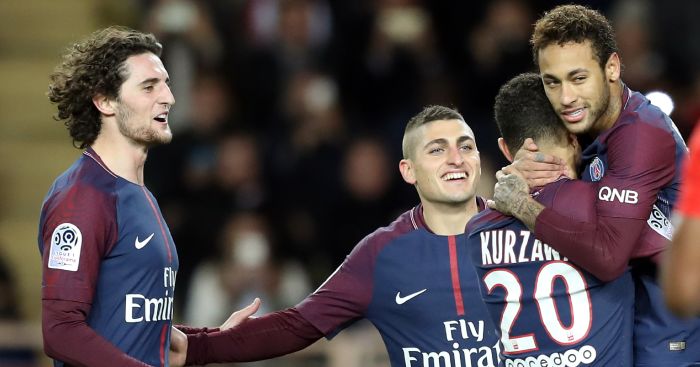 Liverpool and Arsenal have been given a huge boost to their hopes of landing a PSG midfield star this summer.

Premier League target Adrien Rabiot could be on his way out of the club at the end of the season, according to the latest reports coming out of France.

According to The Parisien, the the France star is not sure about extending his current deal with the runaway Ligue 1 leaders and is actively looking at his options elsewhere.

Rabiot is said to be a top target of both Jurgen Klopp and Arsene Wenger, with the latter having been a fan of the 22-year-old for some time.

However, Wenger’s future with the Gunners is not assured, which will give Liverpool the upper hand if they chose to pursue their interest in the former Manchester City youngster.

The report claims that PSG are looking to keep Rabiot, who has scored five goals and provided seven assists this season, at all costs – with his contract due to expire in the summer of 2019.