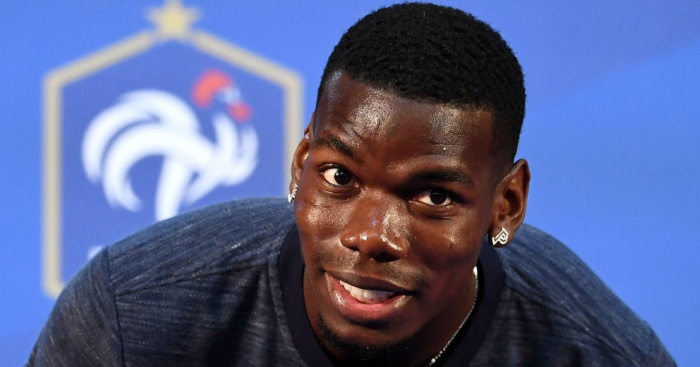 Paul Pogba has once again addressed speculation he could quit Manchester United and join Barcelona in a revealing new interview to be aired on Sunday evening.

Pogba has been repeatedly linked with Barcelona since the World Cup and his apparent strained relationship with Jose Mourinho has only heightened the speculation.

The player did little to dampen speculation he could move to the Nou Camp when questioned about their interest earlier this week – and Pogba has again refused to quash suggestions he wants to leave United in an interview which will be aired on French TV on Sunday night.

Speaking to Telefoot, Pogba has once again refused to confirm that he will honour his contract at Old Trafford.

“I’m under contract,” Pogba said when questioned about Barcelona. “There were little things with the coach [Mourinho], the relationship is always the same.

“We have goals in common, we want to win, that’s all that matters.

“As long as you do not see me with the Barcelona jersey, it’s because I’m in Manchester. It will always be rumours.”

Pogba was the subject of a failed Barcelona bid in the summer, which saw the LaLiga champions offer United Yerry Mina, Andre Gomes and £45million for the World Cup winner.

Pogba’s latest interview comes on the day that our exclusive suggested United’s chances of keeping the former Juventus star could be boosted by news of a move for his brother.