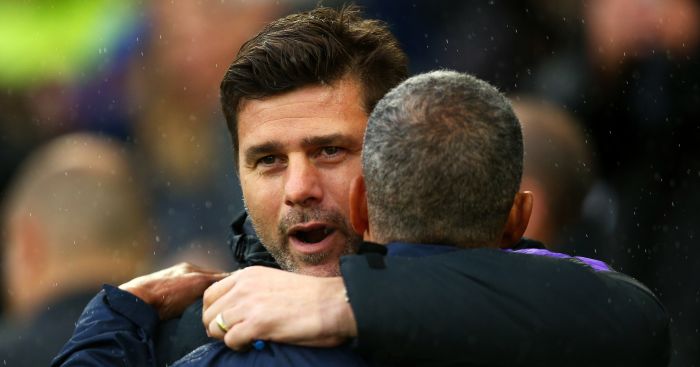 Mauricio Pochettino thinks his side deserved to win as Tottenham beat Brighton 2-1 – but he was unhappy with the manner they conceded a late goal.

A first-half penalty from Harry Kane and another strike from Erik Lamela after the break sealed victory for Spurs – despite an injury-time goal from Brighton’s Anthony Knockaert.

“We deserved to win. Brighton is an aggressive team and they work so hard but I think we worked hard too.

“I am happy with the three points but more with the performance and the reaction.

“For everyone who watched the game, they were wondering what we were doing. The way we conceded was crazy. One minute from the end, we should be more vigilant and focused.

“To allow them in that position, it is painful to concede. We won but need to work and realise we can not concede this type of goal.”