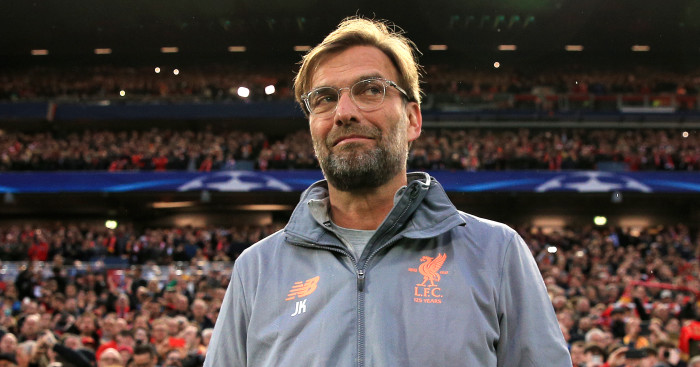 Jurgen Klopp insists he fully understands the need to bring success to Liverpool and says people “always kick our ass” about winning trophies at Anfield.

Klopp could take Liverpool into a third final of his tenure on Wednesday night when they bid to overcome Roma and reach the Champions League final.

That would follow their progress to the League Cup final and the Europa League final during the German’s first year in charge.

And speaking of the pressure to deliver a first trophy for the club since 2012, Klopp said: “From the first minute I came in you are confronted straight away by it..

“Did you ever hear a player who just signed a new contract not say, ‘I want to win silverware’? They always say that because they have to say that!

“You cannot come to Liverpool and say, ‘Well, it’s quite a comfortable situation so I’ll have a few nice years of my career here’. We are Liverpool, so somebody kicks our ass constantly.

“I know which players you immediately think about when you talk about how we could be better because it is always the same, but find me better ones who you know will react in certain situations. The guys on the other side of the fence always look a little bit nicer but we can be stronger.

“This team can still develop and we will bring in a few fresh legs as well because we need them if we are to be on a high level constantly.

“A lot of things are really good but players know their responsibility is to be successful. In the end, there will be a team at Liverpool at one point that wins silverware, and we all hope that we are involved in that.”