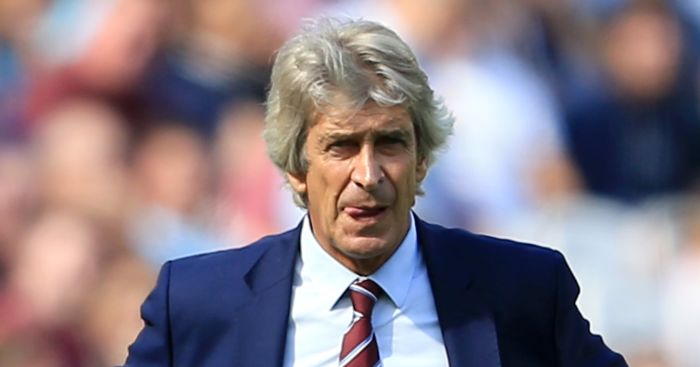 Pablo Zabaleta has backed Manuel Pellegrini to turn around West Ham’s wretched start to the season.

The Hammers have lost all four of their opening games leading to speculation that new manager Pellegrini is already under threat.

But Zabaleta, who won the Premier League title under Pellegrini, believes the Chilean boss deserves time to get it right.

“For the first time maybe he doesn’t have the same quality in the team like he had before,” said the right-back. “So maybe it’ll take more time than at other clubs for him to get everything right.

“At Manchester City, there was so much quality, we won games easily. Here it’s not the same. But he’s a great man, a good manager and will try to find the best way to get the results.”

“It’s similar to last season when we didn’t start well and it was tough but we don’t want that. We’ve seen good teams going down before so we must fight,” Zabaleta added.

“We’ve got the quality in the team but the players need to put in good performances… you trust in the way he (Pellegrini) works because of the teams he’s worked with before.”