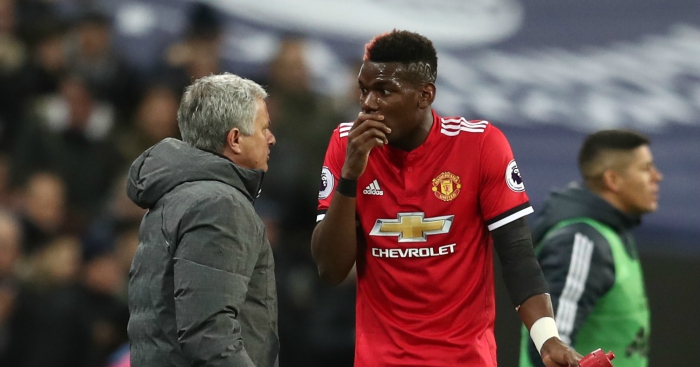 Paul Pogba has insisted he is only focused on Manchester United amid speculation linking him with a move away from Old Trafford this summer.

Manchester City boss Pep Guardiola had claimed ahead of April’s Manchester derby that Pogba’s agent Mino Raiola had offered the midfielder and his then team-mate Henrikh Mkhitaryan to City during the January transfer window.

Pogba’s response to that claim was to score twice as United came from two goals down to beat City 3-2 a The Etihad, while he also turned in an excellent performance as the Red Devils reached the FA Cup final after a 2-1 victory over Tottenham on Saturday.

And when asked about the rumours linking him with a summer move, Pogba told Canal Football Club: “Right now, I am at Manchester United and I am honestly only thinking about the present. Transfers are not in my head.

“We are in the [FA] Cup final and the World Cup is around the corner.”

Questions have also been raised about his relationship with United chief Jose Mourinho, but Pogba was adamant that there is no issue between the two.

“He’s the coach and he has to make choices. I am a player and I accept them. I have to answer on the pitch.”