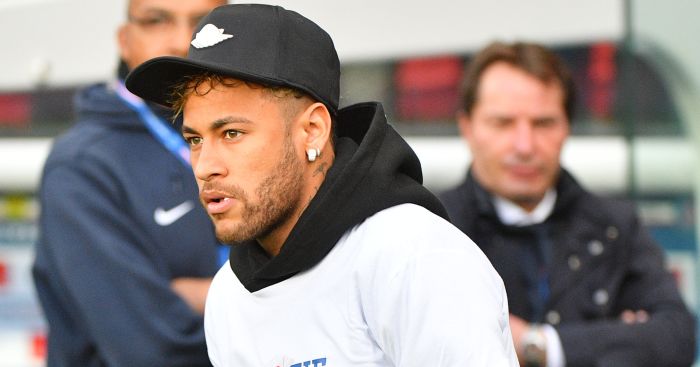 Neymar has hit back at reports linking him with moves to Manchester United and Real Madrid by admitting he is ‘annoyed’ with the speculation.

The Brazil star is said to be unhappy with life at PSG and wanting a move away from the Ligue 1 champions this summer.

Real president Florentino Perez is reported to be working hard on a deal to bring the former Barcelona attacker back to La Liga, but United are also in the running for the 26-year-old.

Indeed, latest reports have suggested that PSG are looking to cash in on Neymar to fund a move for United midfielder Paul Pogba.

Neymar, however, is having none of it, telling Fox Sports: “Every window it is like this, there are a lot of things, I’m not in the moment to talk about anything.

“Everybody knows what I came here to do, the goals I have, my goal now is the World Cup, it’s not talking about transfers. It’s getting annoying now.”

Despite his grievances, the speculation will not go away as both United and Real are reportedly willing to match Neymar’s £30million-a-year salary that he is currently earning in Paris.