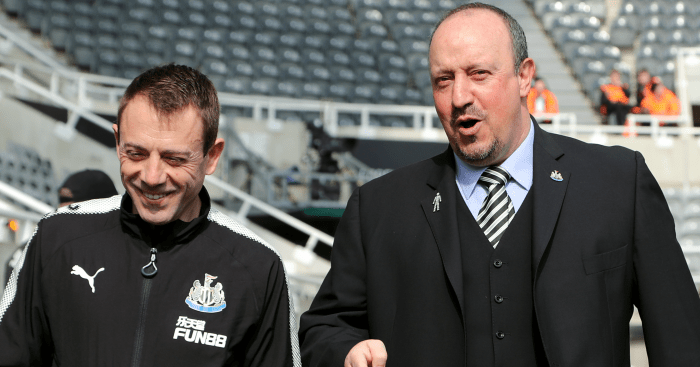 Rafa Benitez was ecstatic as he watched his Newcastle side edge closer to Premier League survival, after they fought back from 1-0 down to beat Arsenal on Sunday.

The victory meant that Newcastle flew past the 40 point mark in the Premier League, that is the benchmark for sides with ambitions of remaining in England’s top flight.

“It has been a difficult season. We deserve to be where we are.

“People dreamed we could do this, this season. But we had to stay awake in order to do it.

“The first thing is congratulations to the club, the fans, the staff and everybody because it was a massive effort this year.

“Everyone was pulling in the same direction and I’m really pleased because we played against a really good team.

“People were talking about the changes that they made but you could see the quality which they had especially the first half – they were passing the ball really fast and quick and very precise.

“We needed to work had, we didn’t in the first half but much more in the second half – defending and playing counter attack against a really good team.

“The commitment. Everyone was working so hard from day one. The training session and every game, sometimes you are lucky or unlucky but in the end I think they deserve to stay in the Premier League.”