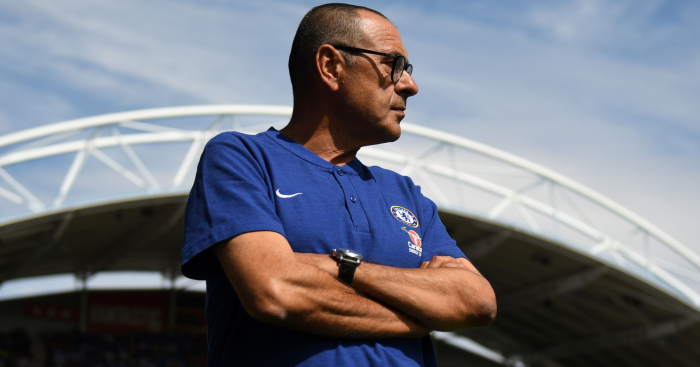 Maurizio Sarri has set about reversing a number of the restrictions imposed by Antonio Conte at Chelsea.

Sarri is keen to engender a more positive spirit and ‘greater freedom’ at Stamford Bridge as he works towards a more ‘relaxed’ atmosphere after Conte’s strict reign.

The new manager has ensured that players are no longer required to stay at the Chelsea Harbour hotel the night before an evening game at home the following day.

Players are now allowed to simply meet up on matchdays instead, with Conte’s previous demands ‘unpopular’ with the squad.

Sarri has also expanded the amount of dietary options available to players in the club’s canteen, as well as in hotels ahead of an away game.

Conte was particularly ‘strict’ when it came to nutrition, and Sarri feels that there is a greater balance to be struck.

The 59-year-old’s mission is to make the atmosphere at the club more ‘relaxed’.