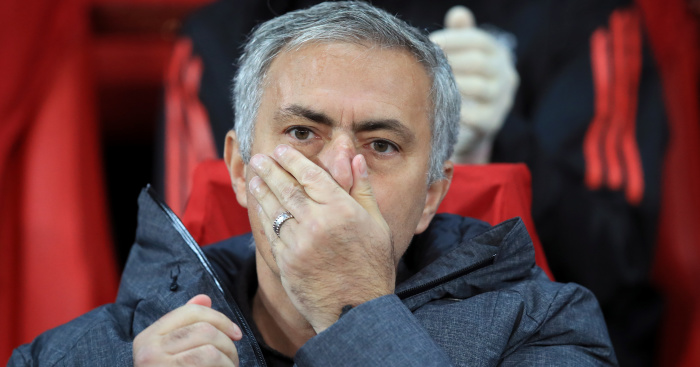 Jose Mourinho has revealed why he has remained so silent since his sacking from Manchester United, amid links with the Benfica job.

Mourinho parted company with United last month, having lost the confidence of a board that offered him an improved contract in January 2018.

The Portuguese might actually take his first year out of management this century, but numerous clubs have been linked.

Among them are a couple of his former sides, Benfica and Real Madrid. But he has ruled out the chances of taking over the former, who are without a manager after Rui Vitória left last week.

“I haven’t received an offer and even if I did, obviously the president of Benfica and the club itself would be the first to know my decision,” Mourinho told Correio da Manha.

“I think I can say that today, I don’t have any intention of coming back to work in Portugal.

“I am fine at the moment. Today I am not an option for Benfica, nothing more than that.”

Mourinho also explained why he will continue to keep his counsel with regards to United.

“I have learned that, when you leave a club, you don’t go around talking about it, you don’t wash your dirty laundry in public.

“The chapter is finished and you don’t go around making criticism.

“The other thing I have learned is to respect the clubs who want me, and those who don’t want me.”