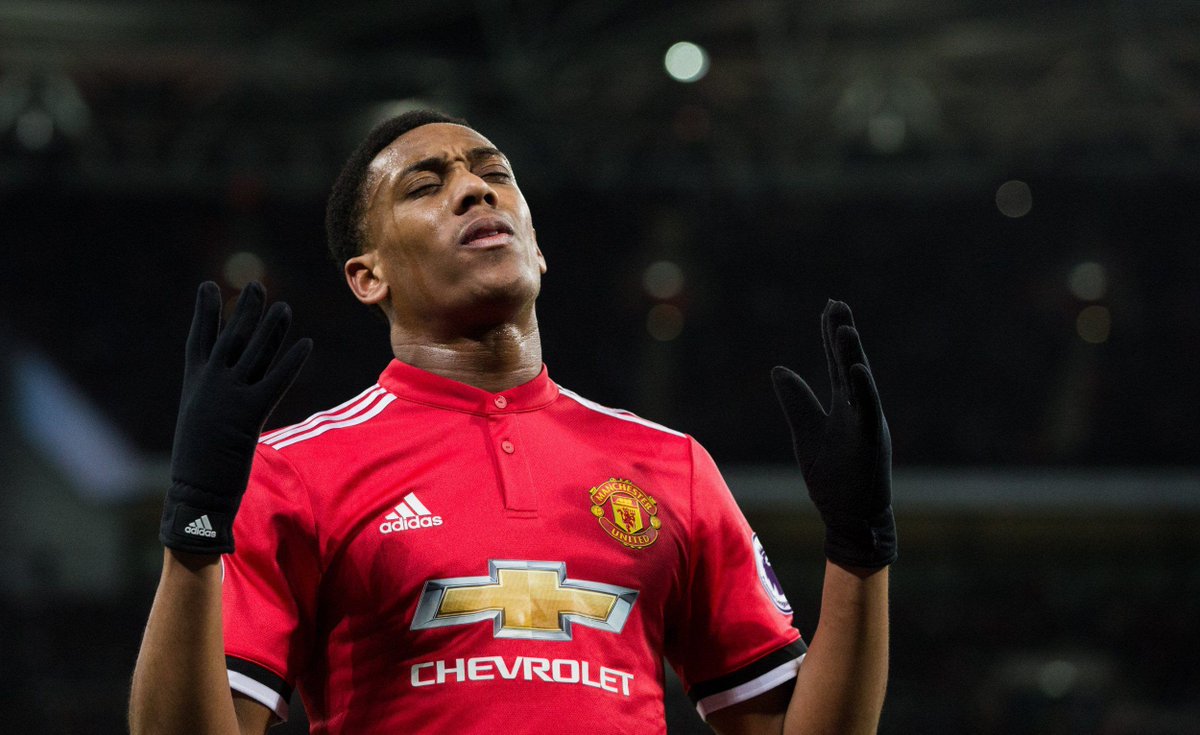 Manchester United boss Jose Mourinho has told Anthony Martial he won’t stand in his way if he wants to leave Old Trafford this summer, according to reports.

The former Monaco forward – once the world’s most expensive teenager – has been reduced to a bit-part role this season, with the January arrival of Alexis Sanchez pushing him further down the pecking order at Old Trafford.

Now a report in the Sunday Times claims Mourinho has had a heart to heart with the frustrated star and has told him he can leave the club if a suitable offer comes in this summer.

It’s claimed United value Martial at around £60million, while the likes of PSG, Lyon, Juventus and Bayern Munich have all been credited with an interest in the France international.

However, the player has also been linked with Chelsea and Tottenham, while a report last week suggested Martial had made a move to Arsenal his No 1 priority this summer.

Mourinho is poised to wield the axe on a number of his under-performing stars this summer, and it seems an exit for Martial looks to be on with the United boss poised to give the green light to his sale.

The Portuguese coach was asked about the player’s lack of game time earlier this month and Mourinho insisted he cannot guarantee starts to anyone, especially given that he can only name 11 starters each week.

“If you want what I call dry answers, I have dry answers – and a dry answer is only 11 can start the match and we have 22.”

One man who cannot understand why Martial’s United career has stalled is Tony Cascarino, who thinks the player will become a bigger star elsewhere

“I love watching Anthony Martial,” Cascarino wrote in The Times. “But I always feel that Jose Mourinho is not the manager for him.

“He will only really thrive if he is playing for a much more exciting team.

“When he beats someone he will often have very few options because not enough team-mates are up in support.

“Having said that, Martial has been inconsistent at United.

“He will produce a couple of flashes each game but he is on the fringes for long periods.

“When you have spent a huge transfer fee on a teenager you should improve him but he is no better than at Monaco.”