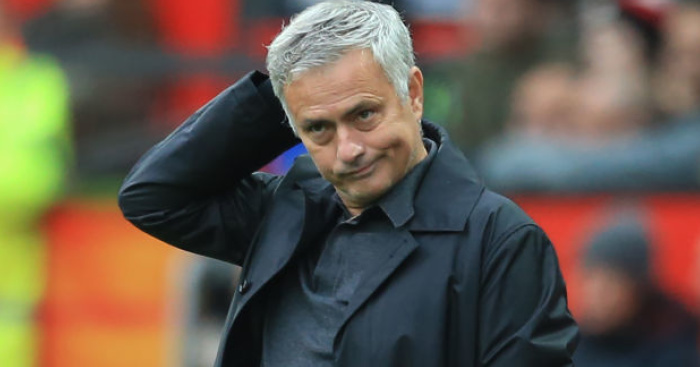 Jose Mourinho claims Manchester United’s plans to frustrate Manchester City in Sunday’s derby defeat were ruined by the fact he was forced to start with Marouane Fellaini.

The towering Belgian was given the nod to start in a midfield three after it emerged that Paul Pogba was not going to recover from injury to face the Blues at the Etihad.

But Mourinho admitted that after the convincing 3-1 defeat that his game plan was ruined by the fact he had to start a player he always intended to use as a second-half substitute.

Asked if Pogba’s absence could be used as an excuse, Mourinho said: “It’s not me after a defeat to be speaking about a player who was not here.

“Of course, we missed him.

“One of the things that broke our plan a lot was the fact Fellaini had to start the game.

“Because Fellaini is not in conditions to play 90 minutes.

“He was phenomenal in his effort but he was not in the condition to do it.

“And normally, I bring Fellaini to this game in the latest part of the game.

“Imagine this game with Fellaini coming on at 2-1 fresh with 25 minutes to go. ‘That’s an important thing for us.”

Mourinho, meanwhile, has clung to the positives and made a quip about relegation following the reverse to Pep Guardiola’s side.