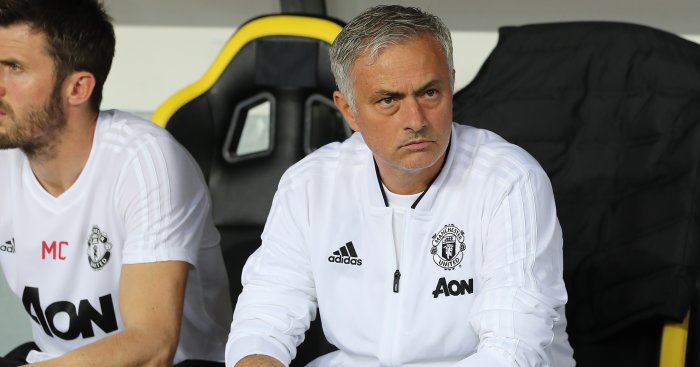 Jose Mourinho said he fully understood why it took Manchester United half an hour to get going against Young Boys on Wednesday night.

United took the lead in their Champions League opener in emphatic style after 35 minutes when Paul Pogba created space on the edge of the box before side-footing the ball into the top corner.

Pogba grabbed his second of the game from the penalty spot in the 44th minute after Kevin Mbabu was adjudged to have handled a Luke Shaw cross.

Anthony Martial made it 3-0 to Manchester United with a deflected strike in the 66th minute as United took total control after the hosts had threatened to cause a shock in thh first half.

“I can understand why Young Boys pushed us back at the beginning, like they did against Dinamo Zagreb too.

“I think they know, and I can say it now the game is over, how difficult it is for opponents to play on this pitch (plastic). They created us with problems, but the goal changed everything and after that we were totally in control.

“It is really important for us to start with a victory.

“There was probably some fears of injuries. I had some players who were feeling sore after training yesterday. People are more used to playing on great surfaces in England. The football is much more beautiful that way.

“Now the game is over, I can say I don’t understand how you can play the best club football on an artificial pitch.

Speaking about Pogba, Mourinho said: “He felt tired in the last part of the game but it was a good performance. Solid, class and gave the team the pace we needed at times. He controlled the tempo and of course it was a very good goal.

“The penalty showed personality too as sometimes when you miss one you have doubts but none for him.”

While, Mourinho heaped praise on both full-backs – Diogo Dalot and Luke Shaw: “Both full-backs were very, very good. Very offensive and always eyes open. Very calm. Luke has been doing it since the start of the season and Diogo is one of the best young right-backs in Europe already. He is just 19 years old.”