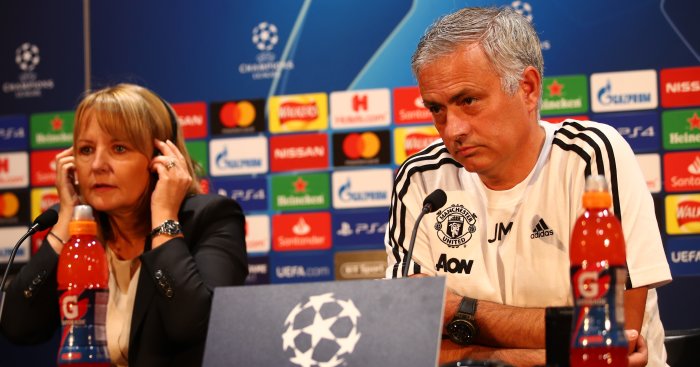 Jose Mourinho says he does not “totally agree” with Luke Shaw’s explanation of Saturday’s defeat at West Ham.

United were humbled 3-1 in the capital to make it three defeats from seven Premier League games and Shaw came clean with his thoughts after the game.

The United left-back said the Hammers loss was “awful” and “horrendous” and that the players have to take responsibility.

“We didn’t look like a team that was going to beat West Ham. I think individually and as a team we were awful,” said Shaw. ”

Mourinho though refused to let the players take all the blame and in what could be perceived as a dig at Ed Woodward and Co, Mourinho said “everybody in the club has a role to play”.

Mourinho is still reportedly unhappy with the lack of new signings that arrived at Old Trafford in the summer. He was keen to add a central defender to his ranks, but the August deadline passed without that happening.

Mourinho said: “Exactly, (it) is a collective thing, the reason why we don’t win is responsibility of everybody.

“He (Shaw) says ‘we players are on the pitch, we have to perform, we have to give more’. I like that perspective but I don’t agree totally: (it) is all of us, everybody in the club has a role to play.

“When we win we all win. When we lose we all lose. And when we lose it’s the responsibility of everyone.”