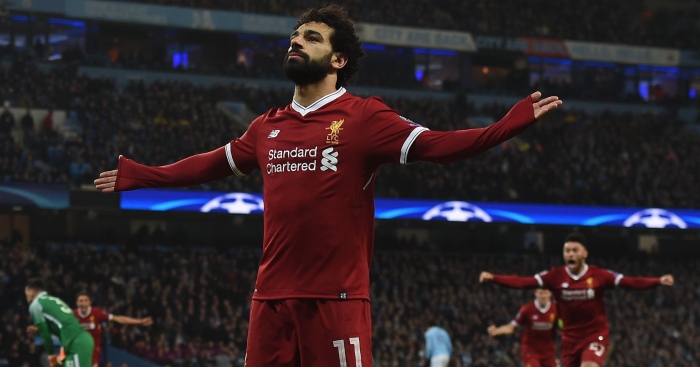 Lorius Karius has been urged to “stay strong” by Mohamed Salah after Jurgen Klopp confirmed Alisson is the club’s new No.1.

Alisson arrived from Roma for a world-record £65million last week, but he has yet to play for Klopp’s men with Karius given the nod in the 3-1 pre-season friendly defeat to Borussia Dortmund overnight in the US.

Klopp has told Karius that he is still part of his plans despite the record signing of Alisson, but confirmed the Brazilian will be his preferred goalkeeper this season.

“Stay strong Karius, it has happened to the best of players. Ignore those who hate.@LorisKarius,” tweeted Salah.

Klopp still believes that the former Mainz goalkeeper still has a role to play at the club, despite links with Bayern Munich.

“Obviously Alisson is a world-class goalkeeper, so we’re not going to say, ‘Let’s have a look’,” Klopp revealed.

“He will play, of course. He is the No.1 for Brazil and then there is the fee. When Alisson is ready, he will be in our goal.

“We all need to help him so he can perform as good as possible. That is maybe the only difference.

“But for that to happen we need a strong squad around him and Loris is an outstanding goalkeeper. That’s the truth. Nothing else.

“My job, together with Michael Edwards and Mike Gordon, is to bring the best players who are available for Liverpool, if they fit in.

“That’s what we have tried to do. Then my job is to work with these boys and give them this kind of shape that they can really work together in the best possible way.”