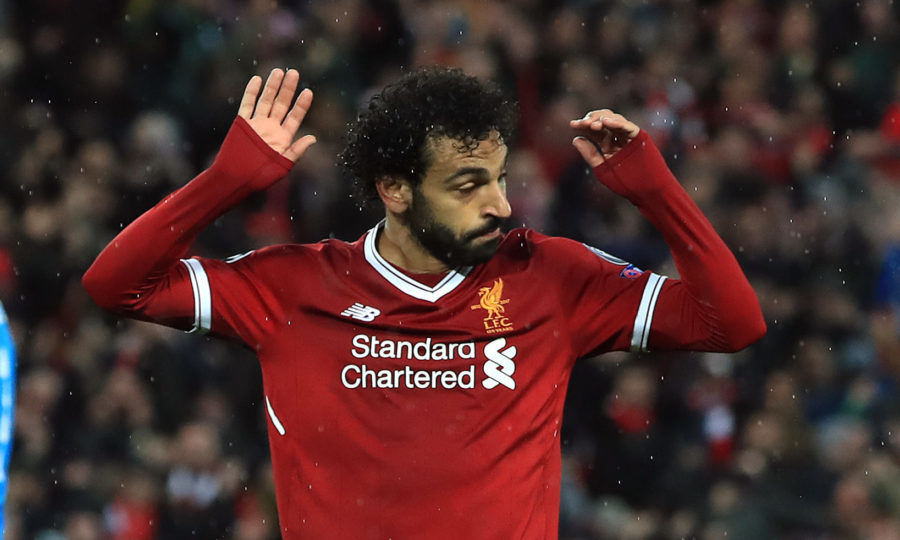 After the Egypt forward scored two more goals in the Champions League semi-final first leg against Roma, Press Association Sport takes a look at the landmarks he has set and those he can still chase.

Liverpool records
Salah has 43 goals in all competitions for the Reds, the most in a debut season for the club – comfortably beating the mark of 33 set by Fernando Torres in 2007-08.

Another four will see him match Ian Rush’s all-time record of 47 in a Liverpool season, set in 1983-84. Salah has at least four games left to achieve the feat, five if Liverpool hold off Roma in the second leg to reach the Champions League final.

His 31 league goals have seen him match Luis Suarez, in 2013-14, for the most in a Premier League season for Liverpool. With three games left, he seems sure to surpass the Uruguayan.

Salah and team-mate Roberto Firmino are the first Liverpool players to hit double figures in a Champions League campaign – they now have 10 apiece in the competition proper this term and each added one in the play-off second leg against Hoffenheim.

Salah is the first African player to score 30 goals in a Premier League season. The feat has now been achieved 10 times in all by eight players, including Shearer three times.

With nine assists as well, he is only the fifth player with 40 or more goals and assists combined in a Premier League season, following Cole and Shearer in their 34-goal seasons, Thierry Henry for Arsenal in 2002-03 and Suarez in 2013-14. Shearer and Cole’s tallies of 47 are the highest ever, with Henry’s 44 the record for a 38-game campaign.

Salah is the first person to be named the Premier League’s player of the month three times in one season, scooping the prize in November, February and March. He has also scored in 23 separate Premier League games this season, also a record.