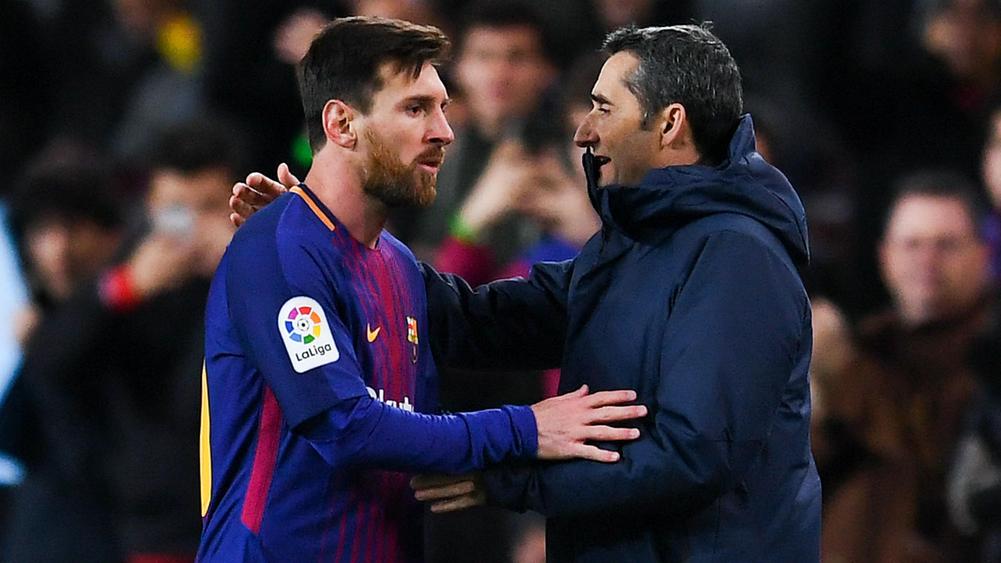 Barcelona are on course to win a 25th La Liga title and their 3-1 win over Leganes on Saturday saw them equal Real Sociedad’s all-time record of 38 games without a top flight defeat, a mark they had held alone since 1980.

Reuters Sport looks at five reasons why Ernesto Valverde’s side have proved invincible this season in Spain.

MESSI FIT AND FIRING
The Argentine has played in all but one game in the run and scored 39 goals, only missing the win at Malaga due to the birth of his third child.

In addition to his goals and assists, his unquestionable value to the team can be seen in the fact that in the two games he has started on the bench, Barca were trailing until their talisman came on and helped rescue them.

Messi provided the cross for Gerard Pique’s late leveller at Espanyol and last weekend hammered in an 89th minute equaliser at Sevilla to complete a quick-fire comeback from two goals down, prompting coach Valverde to remark: “Every time he touches the ball, he is decisive.”

SECOND HALF STAMINA
Barcelona have fallen behind eight times in the league this season but fought back to draw against Atletico Madrid, Valencia, Espanyol and Sevilla, while they rallied from a losing position to beat Real Sociedad, Getafe, Girona and Alaves.

In each one of theses games, except against Girona, Barca turned their fortunes around with the help of goals scored in the second half, while 49 of the team’s 79 goals in the campaign have come after halftime.

MORE BALANCE WITHOUT NEYMAR
Barca were left reeling at the start of the campaign when Neymar left for Paris St Germain, yet the Brazilian’s exit turned out to be a blessing in disguise.

It forced Valverde to reshape his tactics and the coach opted to shift his formation from 4-3-3 to 4-4-2, bolstering the midfield and leaving the team less vulnerable to counter-attacks.

The improvement in defence has been remarkable: Barca shipped 37 league goals last season at an average of 0.97 per game but have conceded only 16 in 31 fixtures this campaign, 0.51 per game.

“Without Neymar we are more balanced. We have lost a lot of our offensive potential but we have improved in defence,” Messi said earlier in this season.

“We have more balance and this allows us to be more solid.”

A FRESH START UNDER VALVERDE
The former Athletic Bilbao coach was seen as an unglamorous choice for the dugout and faced a daunting task of getting the team back on track after humbling Spanish Super Cup losses to Real Madrid, but the Basque’s calmness has proved to be what the team needed after three intense years under Luis Enrique.

Left back Jordi Alba has undergone the most dramatic transformation under Valverde after falling out of favour under Luis Enrique, and has developed a particularly profitable understanding with Messi.

Croatian midfielder Ivan Rakitic has also gained greater influence in the team under the new coach, playing more league minutes than every outfield player except Messi.

A COMPETITIVE AND VERSATILE SQUAD
There was more than a hint of panic in the Catalan press at Barca’s scarce transfer activity last summer after Neymar was sold, but the squad has proved surprisingly versatile.

Rakitic has been able to adapt to a holding midfield role when usual anchor Sergio Busquets has been absent, while Sergi Roberto has proved as comfortable at right back as in midfield.

Summer signing Ousmane Dembele has offered an extra outlet of pace after recovering from injury, while the arrival of Philippe Coutinho in January added another layer of class to a group of players already sizzling with quality.