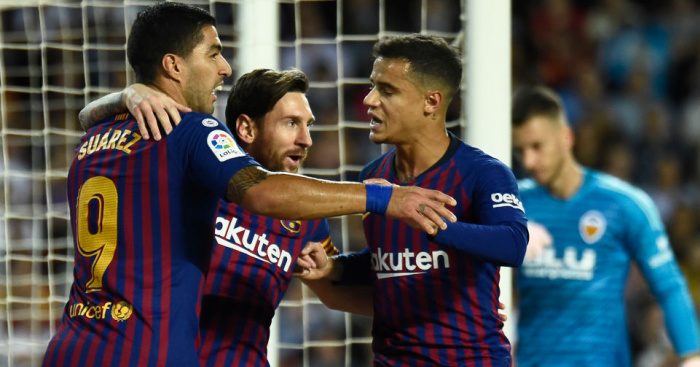 Lionel Messi trained for Barcelona ahead of their Copa del Rey semi-final first-leg meeting with rivals Real Madrid as he looks to prove his fitness.

Barcelona coach Ernesto Valverde admits he is still unsure if the Argentina attacker will be available for the El Clasico tie at the Nou Camp.

Messi has been battling a leg injury suffered in Saturday’s LaLiga win over Valencia – a game in which the 31-year-old scored his 12th goal in his last nine games.

“I’ve not seen Messi today… so have no answer,” Valverde told reporters ahead of Barcelona’s Tuesday evening training session.

“We have training now, we will see how he is. I’m not big on taking risks when there are a lot of games ahead of us.

“If LaLiga ended tomorrow, if it was our last game… but if a player has an injury, whether it’s Messi or not, I prefer to be careful.”

Old rivals Barcelona and Real Madrid will lock horns three times in the next month as their two-legged cup meeting is followed by their league fixture at the Bernabeu.

Real are currently third in LaLiga and are eight points adrift of Barcelona at the summit.