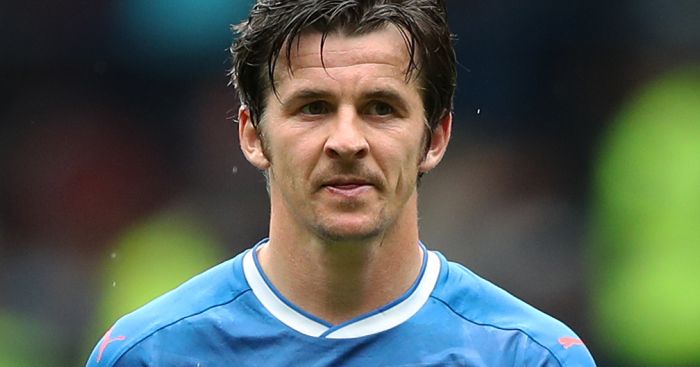 Fleetwood have reached an agreement with Joey Barton for him to become head coach on June 2, the League One club have announced.

The 35-year-old has signed a three-year contract from June 2, when his suspension for breaking Football Association betting rules expires.

It is the controversial former Man City, Newcastle, Rangers and Burnley midfielder’s first job in management.

“I’m very excited by the challenge and the project at Fleetwood Town,” Barton, who will succeed John Sheridan, said on the club website.

“It’s a club I’ve known for a long time and a chairman I already have a very good relationship with.

“My first job in management was always going to be a big decision for me and I’m delighted with the opportunity ahead, I’m joining a club with big ambitions. I’m looking forward to getting started on June 2.”

Fleetwood chairman Andy Pilley added: “This is a huge appointment for Fleetwood Town Football Club and one I’m very excited about.

“Joey not only brings a host of experience and profile, but I also feel he has the potential to become one of the best in the new generation of coaches.

“He’s someone I’ve known for a number of years and I’m convinced he’s ready to make the step into management, and that he will be a huge success.”

Barton will take over from Sheridan, who was only appointed in February and will leave at the end of the season, having led the club away from relegation danger.

“Joey will be able to build on the fantastic work done by John Sheridan during the last couple of months, one he deserves huge credit for,” added Pilley. “John joined us on a short-term arrangement with the aim of keeping us in League One and I’m delighted he’s been able to do that.

“Today’s news signals a new chapter for Fleetwood Town which starts on June 2, and one which we are all excited about.”